Results From Tuesday’s Republican and Democratic Primaries In Five States

Results From Tuesday’s Republican and Democratic Primaries In Five States 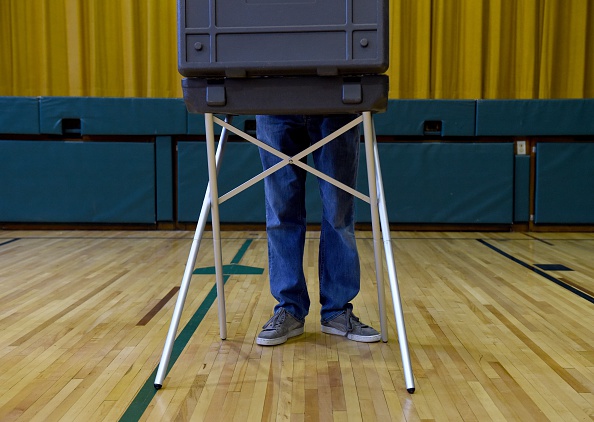 Voters take part in the 2016 Connecticut primary as they vote in the gym at the Julian Curtiss School located in Greenwich, Connecticut April 26. Timothy A. Clary/AFP/Getty Images

The delegate numbers got better last night for Hillary Clinton and Donald Trump. Clinton dominated the primaries in Pennsylvania, Maryland, Connecticut and Delaware. Senator Bernie Sanders won in Rhode Island, picking up just a fraction of the delegates he had hoped for. Trump won all five primaries and called himself the presumptive nominee. Diane and a panel of guests discuss what the front-runners’ momentum means heading into the last nine weeks of primaries. And whether either party has any chance of unifying before the July conventions.