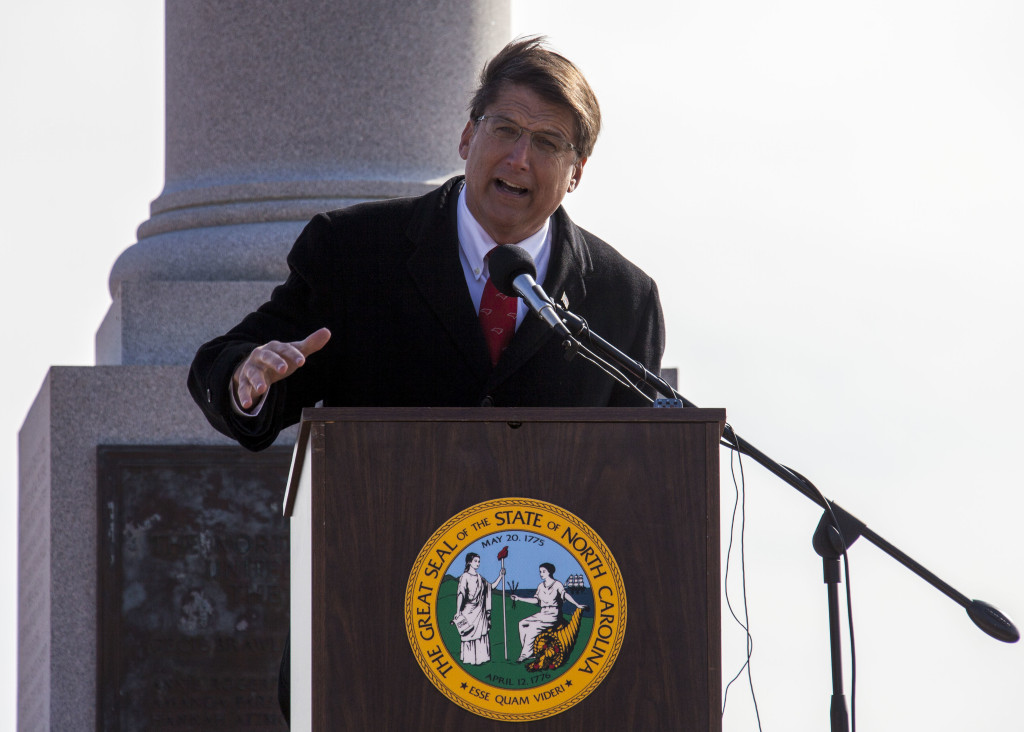 In March, North Carolina Gov. Pat McCrory signed the state’s so-called transgender law, officially known as HB2. The act bans individuals from using public bathrooms that do not correspond to their biological sex. Its passage unleashed a flurry of criticism, including from the Obama administration who says it’s a violation of Title VII of the Civil Rights Act. Yesterday, North Carolina announced they would sue the federal government, which prompted the Justice Department to say it would countersue. Guest host Susan Page discusses the events with Pat McCrory, Republican governor of North Carolina, and Carrie Johnson, justice correspondent at NPR.