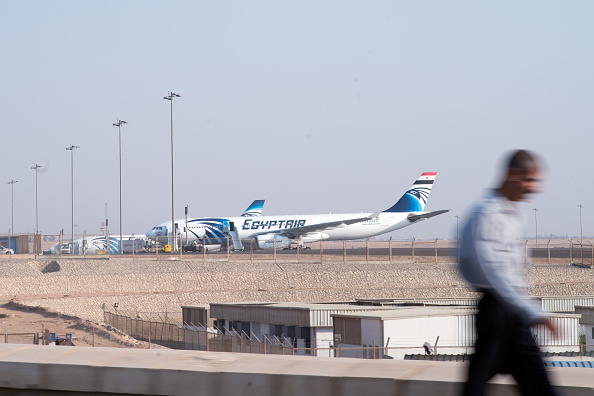 Travelers come and go from terminal 3 at the Cairo International Airport on May 19 in Cairo, Egypt. Officials are continuing investigation into the crash of an Egypt Air flight from Paris on Thursday. David Degner/Getty Images

The Egyptian military says wreckage has been found from a passenger airliner that crashed yesterday on its way from Paris to Cairo. The cause of the Egypt Air accident is under investigation. Another bloody week in Baghdad as ISIS continues to target civilians in the Iraqi capital. Beijing warns the U.S. to stop surveillance after Chinese jets intercepted a U.S. spy plane over the South China Sea. Russia is under fire over allegations of state-sponsored doping by dozens of its Olympic athletes. And in Nigeria, authorities say two schoolgirls captured by Boko Haram have been found. A panel of journalists joins guest host Allison Aubrey for analysis of the week’s top international news stories.