National And International Reaction To The Mass Shooting In Orlando, Florida

National And International Reaction To The Mass Shooting In Orlando, Florida 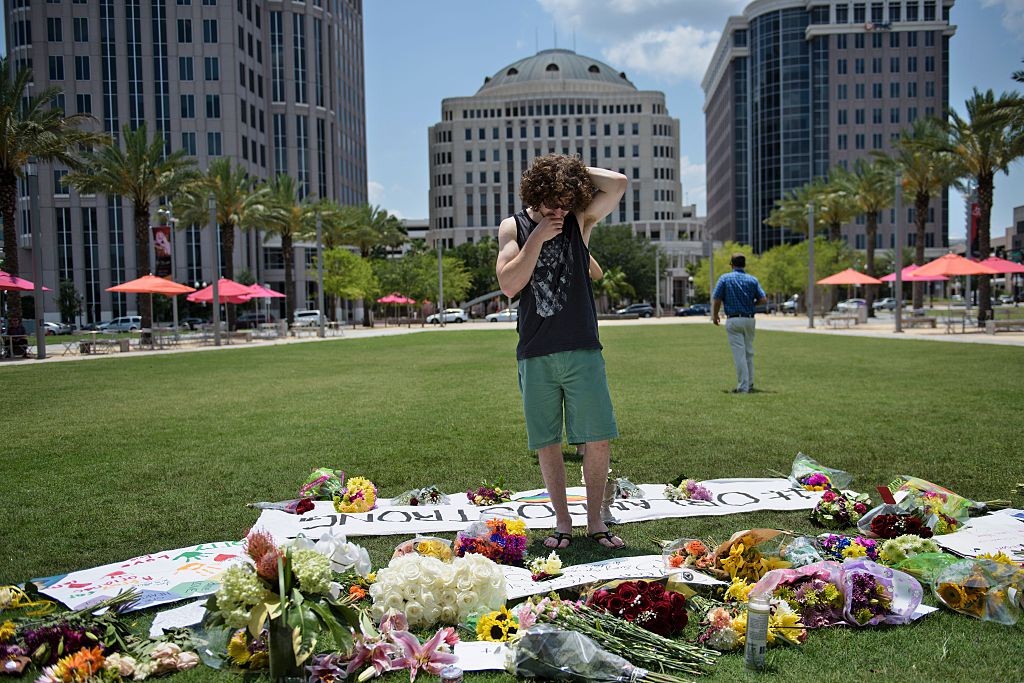 Mike Harrett visits a makeshift memorial June 13 outside the Dr. Phillips Center for the Performing Arts for the mass shooting victims at the Pulse nightclub in Orlando, Florida. BRENDAN SMIALOWSKI/AFP/Getty Images

Thousands of mourners gathered last night in vigils held around the country for the 49 victims of the mass shooting at a gay nightclub in Orlando, Florida. The FBI is defending its handling of the gunman three years ago when they placed him on a terror watch list, but nothing prevented him from legally purchasing the weapons he used in the mass shooting on Sunday. Both presidential candidates spoke about the mass shooting yesterday, with Hillary Clinton arguing for tougher gun laws and Donald Trump repeating his call for a ban on all Muslims entering the U.S. Guest host Nia-Malika Henderson and a panel of guests discuss the latest on the investigation plus national and international reaction to the worst mass shooting in recent U.S. history.