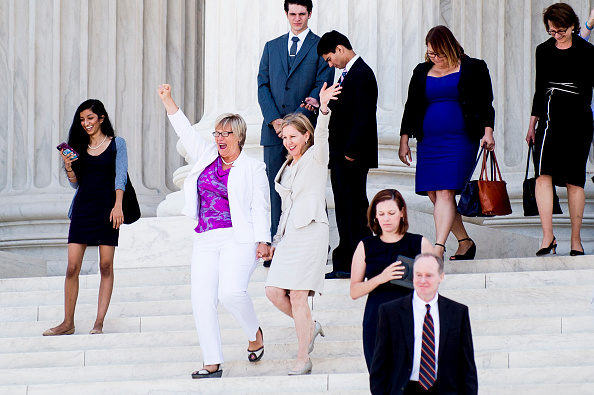 Texas abortion provider Amy Hagstrom-Miller and Nancy Northup, President of The Center for Reproductive Rights wave to supporters as they descend the steps of the United States Supreme Court on June 27 in Washington, DC. Pete Marovich/Getty Images

Attorney General Loretta Lynch says she will accept FBI recommendations on the inquiry into Hillary Clinton’s email server. Republicans say a meeting between Lynch and former President Bill Clinton this week compromised the independence of the investigation. The Pentagon lifts its ban on transgender people serving openly in the military. Donald Trump calls for economic independence in speeches on trade. And the Supreme Court strikes down Texas abortion restrictions. A panel of journalists joins Diane for analysis of the week’s top national news stories.