Republican National Convention: The Week Ahead In Cleveland

Republican National Convention: The Week Ahead In Cleveland 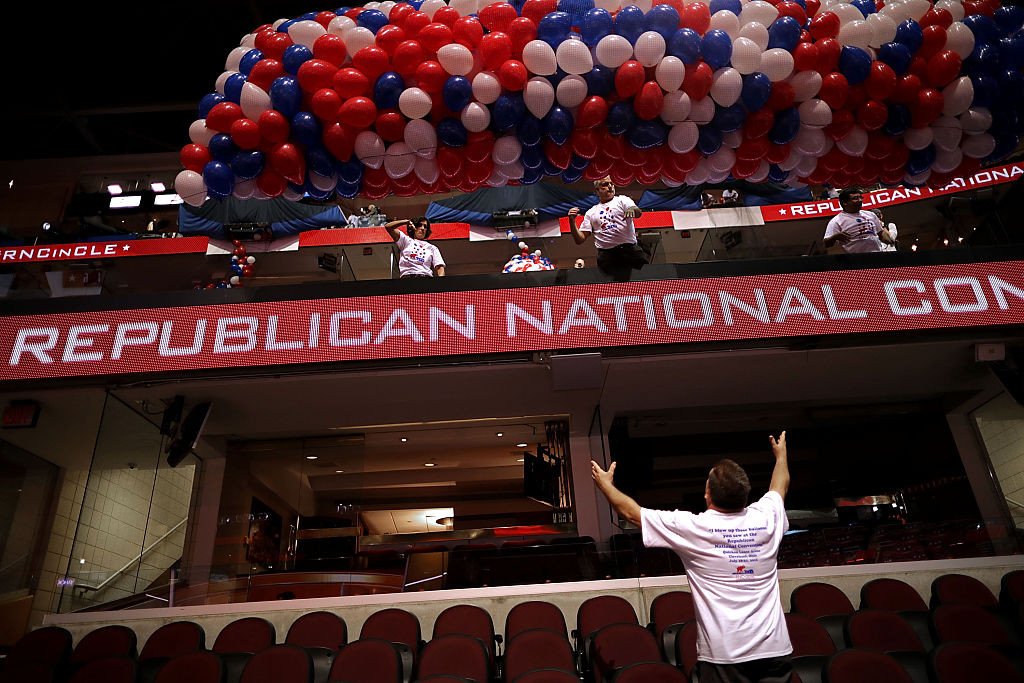 Volunteer Dave Strnisa helps move nets filled with thousands of red, white and blue balloons July 15 before they are lifted into the ceiling of the Quicken Loans Arena, the site of the Republican National Convention in Cleveland, Ohio. Chip Somodevilla/Getty Images

The Republican National Convention begins Monday at a moment when the national mood is one of fear and mourning. Sunday brought more police-related violence, with three officers shot dead and several more wounded in Baton Route, Louisiana—the same city where Alton Sterling was killed by police two weeks ago. More and more, the presidential candidates are forced to put issues of gun violence and racial tension front and center. We’ll talk about what we’re likely to see this week from Donald Trump, the delegates and the Republican Party.

Clip: Why One Caller Is So Disappointed This Year