The History Of Political Conventions

The History Of Political Conventions 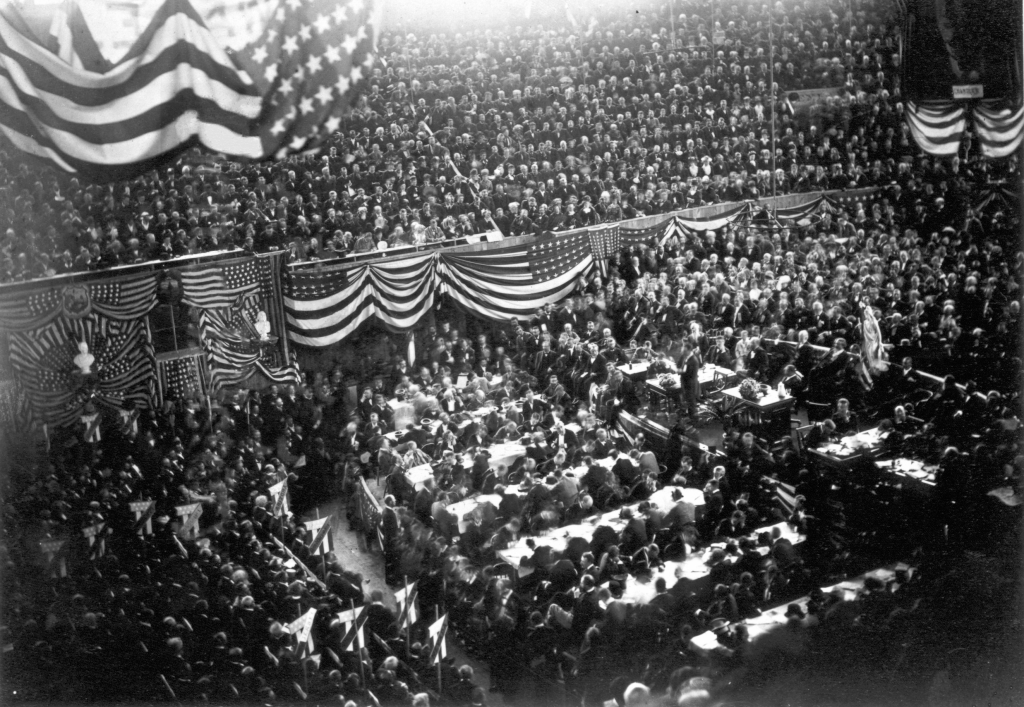 The year 1968 was a turning point in American political conventions. The Democrat’s chaotic affair in Chicago—and the battles outside between police and anti-war protesters—helped Richard Nixon win the presidency that year. And it led the Democrats to alter the way they choose their nominee. The GOP also has seen its fair share of drama since the party held its first national convention in 1856 in Philadelphia. The first ever nominating convention took place in 1831. It was another hundred years before a presidential candidate actually attended one. Today, they’re week-long televised events to promote the party and its rising stars. A panel of experts takes us through the high and low points of America’s colorful convention history.