Update On The Democratic National Convention

Update On The Democratic National Convention 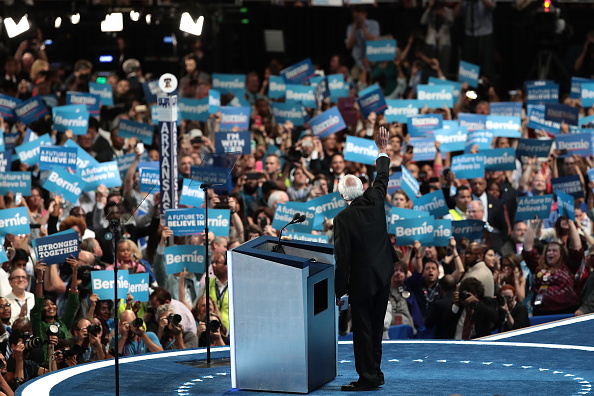 Democrats began their convention in Philadelphia struggling to unite behind Hillary Clinton, following email leaks that showed party officials tried to undermine Sen. Bernie Sanders (I-Vt). But by the end of last night, a series of positive and personal speeches by First Lady Michelle Obama, Sanders and Sen. Elizabeth Warren (D-Mass) energized the crowd and tried to turn the focus toward uniting behind Clinton and defeating Donald Trump. But Sanders’ impassioned support for Clinton still drew boos, and his supporters vowed to continue protesting today. Guest host Derek McGinty and guests discuss the latest on the Democratic National Convention and party efforts to unify behind Clinton.