After The Conventions, What’s Next For The 2016 Race For President

After The Conventions, What’s Next For The 2016 Race For President 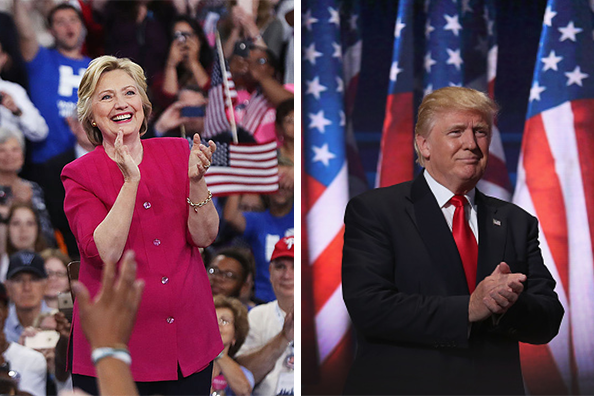 After two weeks of conventions, Hillary Clinton (L) and Donald Trump (R) are now their respective parties' nominees for the presidency. Getty Images

Now that the political conventions are over, Hillary Clinton and Donald Trump have begun their sprint to the November elections. With less than 100 days left, the candidates are polling nearly neck and neck. The most recent nationwide polls averaged by RealClearPolitics.com have Trump at 45.6 percent and Clinton at 44.7 percent. Campaigning in swing states began right after the conventions ended. Trump will likely need to win Ohio, Michigan and Pennsylvania to get the 270 electoral votes needed to win the White House. Guest host Susan Page and a panel of guests discuss what to expect in the homestretch of the 2016 race for president.