A Conversation With Khizr And Ghazala Khan

A Conversation With Khizr And Ghazala Khan 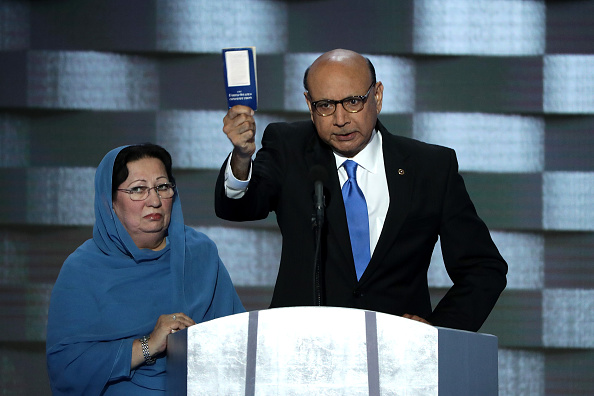 Khizr Khan, father of deceased U.S. soldier Humayun S. M. Khan, holds up a booklet of the U.S. Constitution as he delivers remarks at the Democratic National Convention on July 28 in Philadelphia, Pennsylvania. Standing next to him is his wife, Ghazala Khan. Alex Wong/Getty Images

Khizr and Ghazala Khan was not the story people expected coming out of the Democratic National Convention. But Khzir Khan’s speech about the son they lost in Iraq and his pointed challenge to Donald Trump captured the headlines. A public debate escalated in the week that followed as the Khans took to the media to make their case. The back and forth between the couple and Trump seems to have died down, but the Khans are continuing their campaign – making the case for civil political discourse and speaking out about their own experience as Muslim Americans. Diane talks with them about their journey.

Why We Need The 14th Amendment (+ More Videos)

Will Khizr Khan Run For Office?

'We Left Our Privacy Behind And We Stood For Something'

Khizr Khan: A Ban On Muslims Is Un-American

Khizr And Ghazala Khan On Their Immigrant Experience