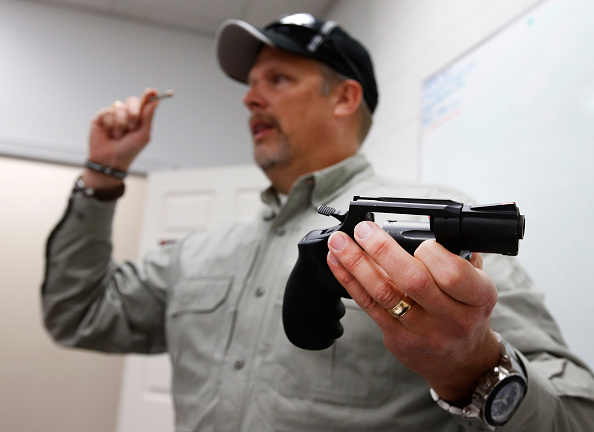 Gun instructor Mike Stilwell demonstrates a revolver as as he teaches a packed class to obtain the Utah concealed gun carry permit on January 9 in Springville, Utah. George Frey/Getty Images

Twenty years ago, carrying a concealed weapon in public was strictly controlled or illegal in nearly half of U.S. states. Fewer than five million Americans had a concealed-carry permit. Today, carrying a concealed firearm is legal in all fifty states. And the number of permit holders has risen to nearly 13 million Americans. Most of these cite self-defense as the primary reason for carrying a gun outside the home. But critics of these laws say the latest research shows no clear connection between carrying a gun and preventing violence. Diane and guests discuss the rise of concealed-carry gun laws in the states and what it means for individual freedom and public safety.