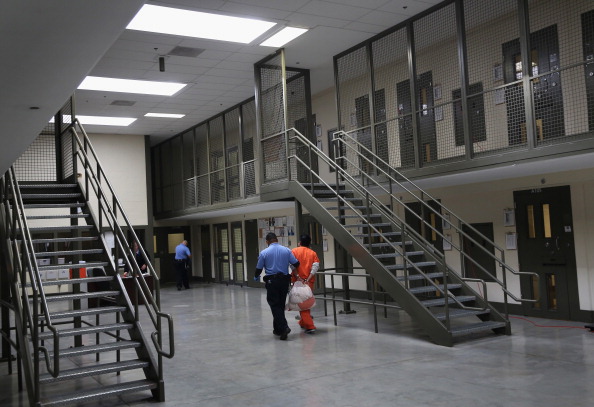 A guard escorts an immigrant detainee on November 15, 2013 at California's Adelanto Detention Facility, managed by the private GEO Group. While the U.S. Department of Justice said last week that it will move away from privately managed prisons, the Department of Homeland Security has not announced any plans to phase out those companies' role in immigration control. John Moore/Getty Images

The Justice Department will phase out its use of for-profit prisons to house federal inmates. This follows a government report indicating private prisons are not as secure or safe as those federally run, and don’t offer significant cost savings. Prison rights advocates hailed the move. Supporters of the private system criticized it, saying it was partly based on faulty data. The majority of incarcerated Americans are in state prisons, not federal. Some rights groups hope the Justice Department move will set the stage for state prisons to follow suit. We weigh the pros and cons of government and private prisons.