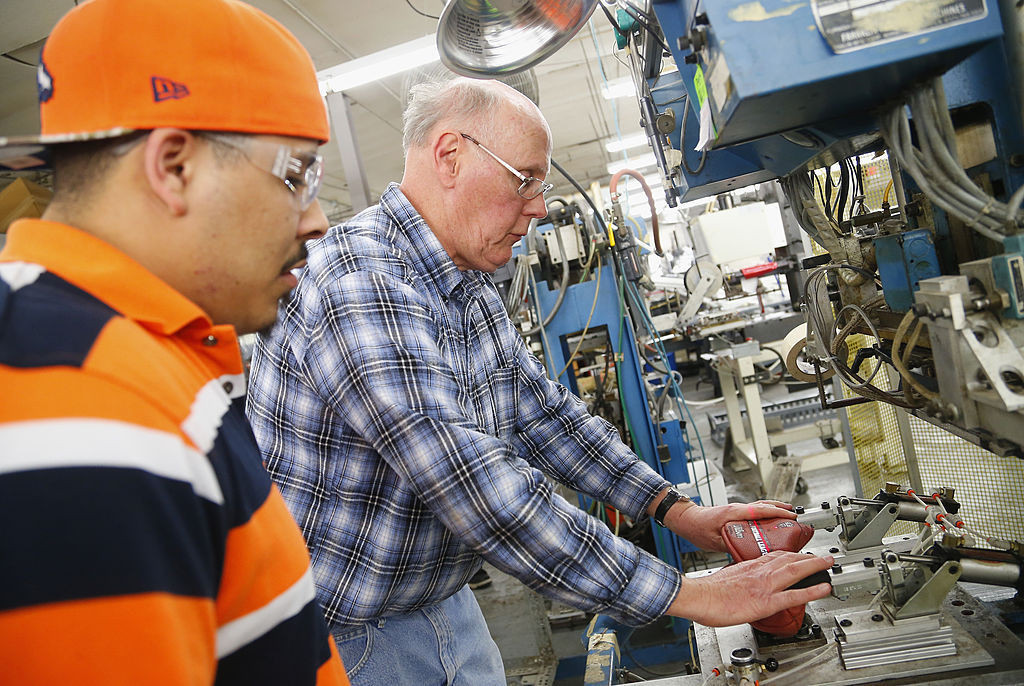 Employees Mark Fisher and Michael Bess stamp a football with the opponents' names for the Super Bowl at the Wilson Sporting Goods football factory on January 19, 2014 in Ada, Ohio. Matt Sullivan/Getty Images

For years, economists have been warning about the effects of an aging U.S. population on the federal budget. But a new study finds a much more powerful effect: Researchers concluded that an aging workforce causes a decline in productivity and economic growth. The joint Harvard-Rand study predicts that over the next 10 years, annual GDP growth will slow by 1.2 percentage points due to population aging. Critics of the study say aging workers are just one factor in a slowing economy. But many industries are already creating incentives for older employees to work longer. Guest host Derek McGinty and guests discuss an aging U.S. population and its effect on the U.S. economy.