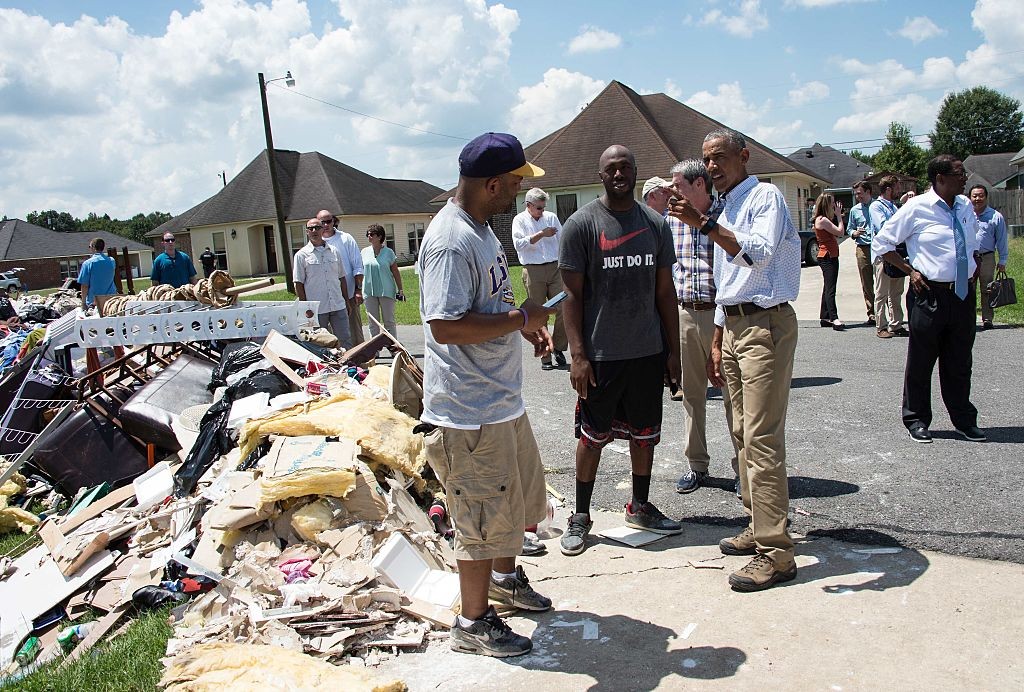 The presidential campaign takes a particularly nasty turn this week as Hillary Clinton and Donald Trump take turns calling each other racists. Trump, meantime, seems to be going in a new direction on immigration. But exactly where he’s headed has been tough to pin down. The Republican nominee continues to trail Clinton in several battleground states. But in others, like North Carolina, voters remain divided. President Barack Obama surveys flood damage in Louisiana. And lawmakers demand answers after outcry over the skyrocketing cost of life-saving EpiPens. A panel of journalists joins Derek McGinty for analysis of the week’s top national news stories.