Donald Trump’s Immigration Plan And His Visit To Mexico

Donald Trump’s Immigration Plan And His Visit To Mexico 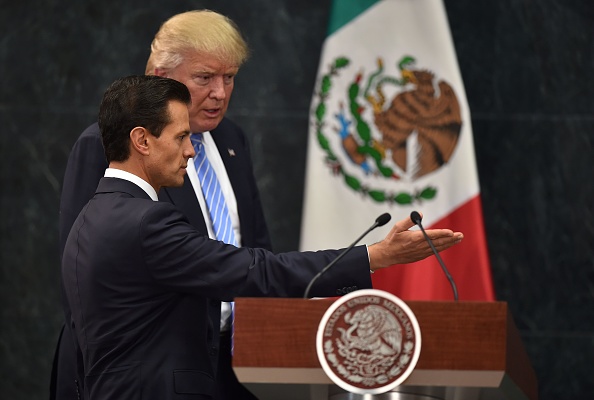 Under a Donald Trump presidency, there would be only one route to legal status for immigrants in the United States: to return home and apply for re-entry. In a speech last night in Phoenix, the Republican nominee for president took a hardline conservative position on immigration: zero tolerance for immigrants who commit crimes, an end to sanctuary cities and certain visas, and a new ideological test for entry. Still, he was short on specifics. He renewed his promise to build an “impenetrable, physical wall”—paid for by Mexico. But hours earlier, during a visit to Mexico, the country’s president pledged to work with the U.S., but not subsidize a barrier. An update on the Republican presidential nominee’s proposals on immigration, illegal drugs and trade.