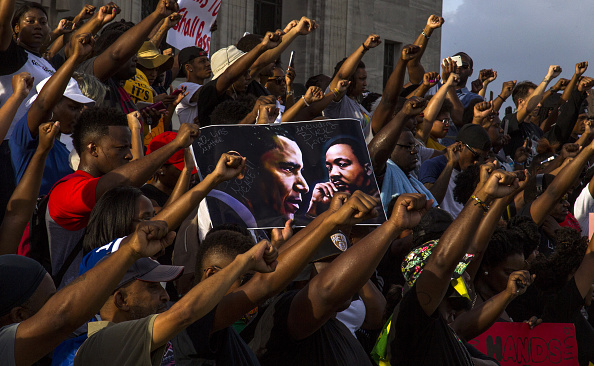 Demonstrators gather after marching at the Louisiana Capitol to protest the shooting of Alton Sterling on July 9 in Baton Rouge, Louisiana. Mark Wallheiser/Getty Images

In 1963 James Baldwin released the book, “The Fire Next Time.” He confronted the issue of race in America head on, questioning progress made, laying bare the pain of black history in the United States. Jesmyn Ward, national book award-winner for her novel “Salvage the Bones,” turned to Baldwin after the deaths of Trayvon Martin, Eric Garner, Michael Brown. She found comfort, wisdom, and inspiration. Ward felt the questions he addressed seemed just as relevant in 2016 as half a century ago. And she wanted to hear how contemporary writers would respond. The result, “The Fire This Time: A New Generation Speaks about Race.”