Debate Over How Police Departments Are Addressing Deadly Force

Debate Over How Police Departments Are Addressing Deadly Force 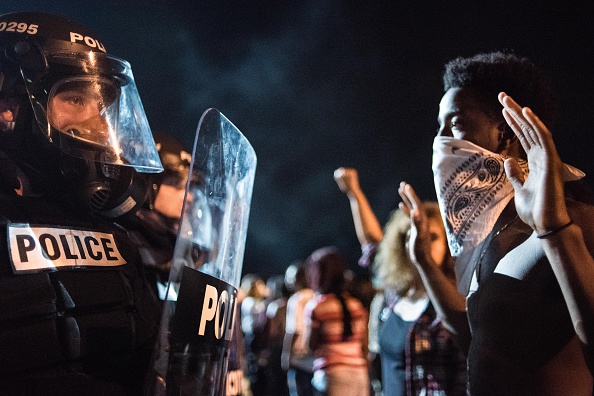 Police officers face off with protesters on Interstate 85 during protests in the early hours of September 21 in Charlotte, North Carolina. Sean Rayford/Getty Images

The governor has declared a state of emergency in North Carolina, after police and residents clashed and another person was shot in a second night of protests over the fatal shooting of Keith Lamont Scott in Charlotte. His death came days after another black man, Terence Crutcher, was shot and killed by police in Tulsa, Oklahoma. They were the latest in a deadly string of encounters between citizens and police across the country this summer. In 2016, at least 702 people have been shot by police, according to a database by the Washington Post — 163 of them were African-American men. Two years after Ferguson, some say we need a reset on policing in America. Guest Host Amy Walter and a panel discuss what departments are doing—and whether it’s working.