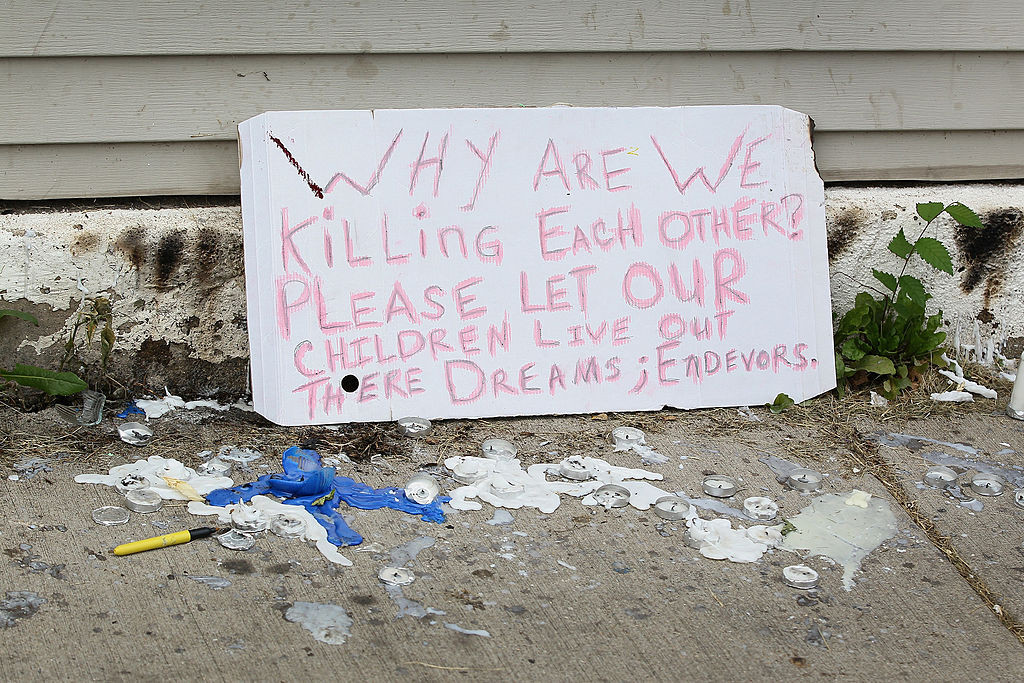 CHICAGO, IL - JULY 20: A sign from a memorial service for Shamiya Adams on July 20, 2014 in Chicago, Illinois. Adams, 11, was killed when a stray bullet flew through an open window and struck her in the head. (Photo by Scott Olson/Getty Images)

On November 23, 2013, nearly a dozen children and teens were shot and killed in the United States. This did not happen in a mass shooting, but in cities, suburbs and towns across the country – like San Jose, California, where best friends played with a gun they thought was unloaded; Charlotte, North Carolina, where a disagreement escalated to gunfire; Dallas, Texas, where a case of mistaken identity left a 16-year-old dead on the street. These stories do not make this day remarkable. In fact, they make it a pretty average day in America. A new book tells the stories of these young people, and explores what their lives – and deaths – reveal about our country’s relationship with guns.

Excerpted from Another Day in the Death of America by Gary Younge. Copyright © 2016 by Gary Younge. All rights reserved. No part of this excerpt may be reproduced or reprinted without permission in writing from the publisher.