The Affordable Care Act: Rising Costs, Subsidies And Its Future Under The Next President

The Affordable Care Act: Rising Costs, Subsidies And Its Future Under The Next President 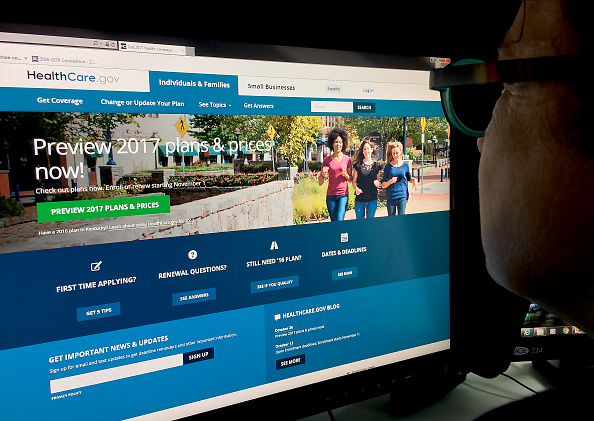 This October 25, 2016 photo shows a woman looking at the Healthcare.gov internet site in Washington, D.C. Americans will see Obamacare health insurance costs jump an average of 25 percent next year, adding fuel to the U.S. political firestorm over the system that Republicans have repeatedly tried to overturn. KAREN BLEIER/AFP/Getty Images

Twenty million Americans have gained health insurance under the Affordable Care Act. But as it prepares for its fourth open enrollment season next week, the ACA faces perhaps its biggest test yet. Premiums for plans purchased through the exchanges are expected to rise an average of 25 percent next year. And some insurers are pulling out of the marketplace. The news is fueling debate on the campaign trail over the signature piece of President Barack Obama’s legacy and how it improve it—a task that will soon be left to a new president and Congress. A look at where the Affordable Care Act is going and how a new president might change it.

What Will Insurer Dropouts Do To Consumer Choice? 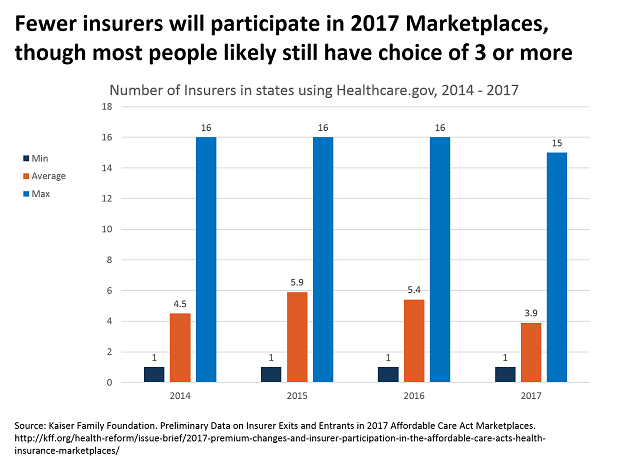 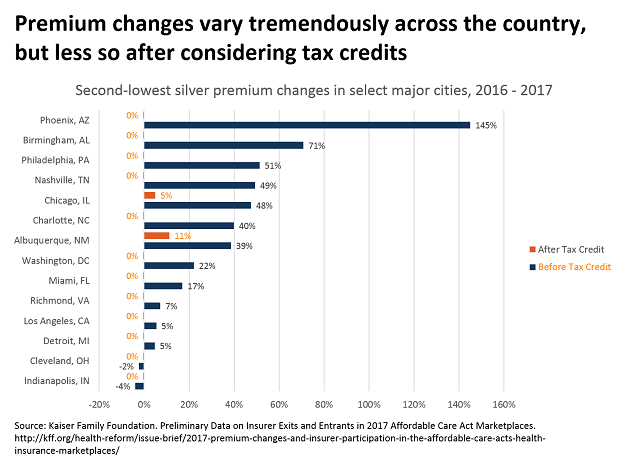