What Trump’s Presidency Could Mean For Reproductive Rights

What Trump’s Presidency Could Mean For Reproductive Rights 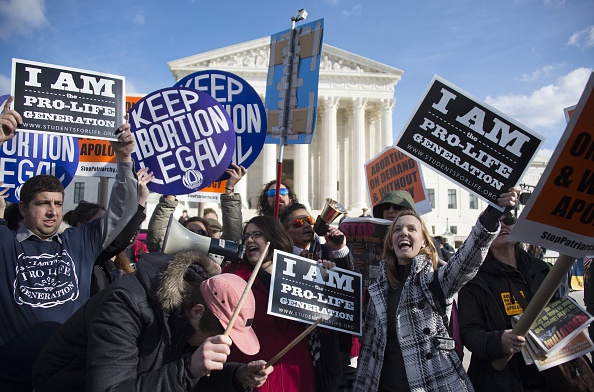 Pro-choice and pro-life activists mingle as they hold up placards and chant in front of the U.S. Supreme Court in Washington, D.C. JIM WATSON/AFP/Getty Images

During his campaign, President-elect Donald trump pledged to defund Planned Parenthood and nominate Supreme Court justices opposed to abortion. Now, he’s preparing to take office in January with a Republican-controlled Congress and abortion opponents in his cabinet. Among them: incoming Health Secretary Tom Price, who also wants to dismantle the Affordable Care Act. This is likely to reopen emotional debates over issues like abortion and the role of government in health care – at the federal level and within state legislatures. What Trump’s presidency could mean for reproductive rights and women’s health.