The Potential Dangers Of Fake News

The Potential Dangers Of Fake News 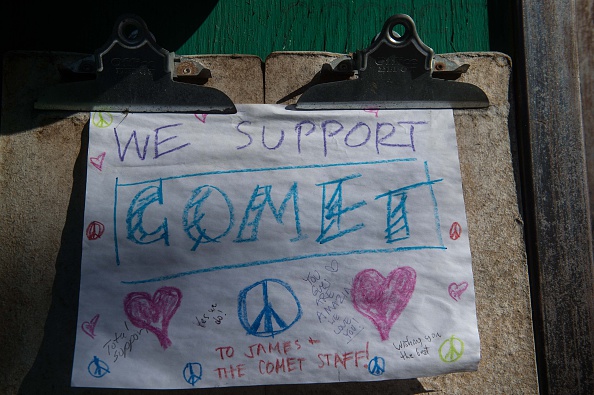 A sign is seen at the Comet Ping Pong restaurant in Washington, D.C., on December 5, 2016. An assault rifle-wielding gunman's appearance at the pizzeria, which was falsely reported to house a pedophile ring, has elevated worries over the unrelenting rise of fake news and malicious gossip on the internet. NICHOLAS KAMM/AFP/Getty Images

Fake news stories circulating on social media about a pizza restaurant in Washington, D.C., have led to a disturbing chain of events. The stories claimed the restaurant – Comet Ping Pong – operated a child sex-trafficking ring run by Hillary Clinton. On Sunday a man from North Carolina who read about the rumors fired an assault-style rifle inside the restaurant. No one was injured. But the incident highlights the sometimes serious consequences of sharing false information on social media. A member of Donald Trump’s transition team resigned after it was learned he too was spreading conspiracy theories about the restaurant. Diane and her guests discuss the rise in fake news and what can be done about it.