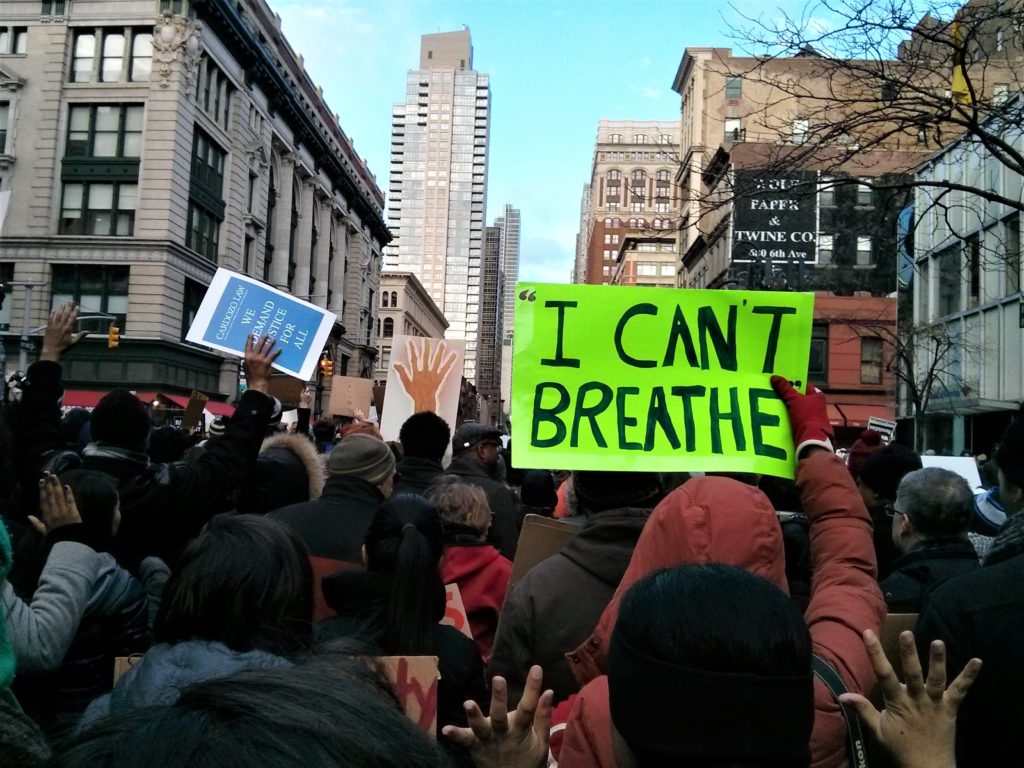 "I Can't Breathe" became a rallying cry for the Black Lives Matter movement after a police officer's chokehold led to the death of Eric Garner in July 2014. This week the NYPD fired the officer responsible for Garner's death. Peter Burka

This week the NYPD fired Daniel Pantaleo, the officer whose chokehold led to the death of Eric Garner. This came five years after Garner’s plea, “I can’t breathe,” helped ignite the Black Lives Matters movement.

While the police union denounced the NYPD’s decision, Eric Garner’s family applauded the move. But, they say, it’s not enough.

Diane’s guest, Paul Butler, agrees. He is a professor at Georgetown’s School of Law and author of the book, “Chokehold: Policing Black men.”

Butler told Diane that police departments around the country are still far from the type of accountability that would provide “the kind of transparency and democracy we should demand from our government.”