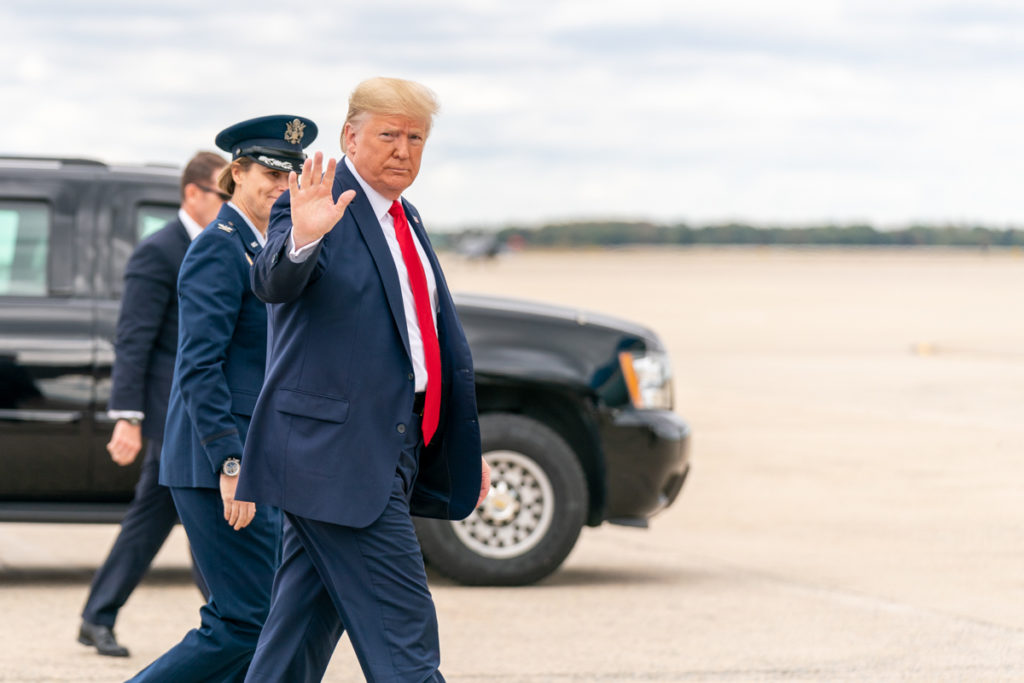 President Trump visited Texas this week for a campaign rally, while back in Washington, a number of key witnesses in the impeachment inquiry testified behind closed doors to Congress. Official White House Photo by Shealah Craighead

This week saw a series of revelations in the impeachment inquiry as one by one key witnesses marched to the Capitol and met with lawmakers behind closed doors.

These current and former diplomats painted a picture of a shadow foreign policy with Ukraine, directed by the president’s personal lawyer, Rudy Giuliani — at the request of the president.

The New Yorker’s Susan Glasser writes a weekly column called, “Letter from Trump’s Washington.” She tells Diane that she had plenty to write about this week.