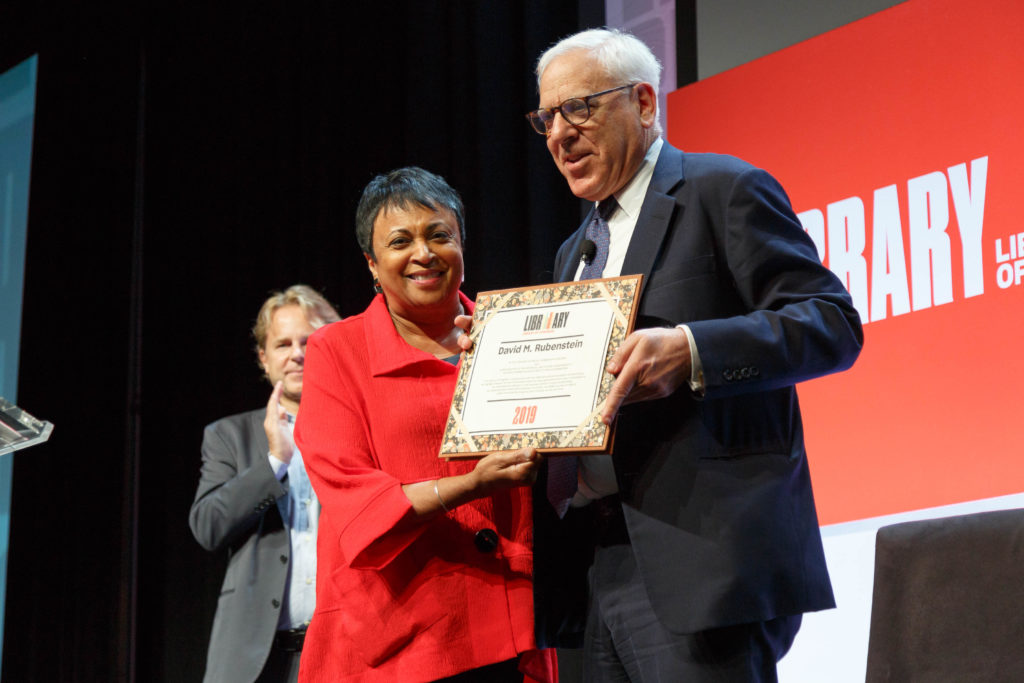 Librarian of Congress Carla Hayden presents National Book Festival sponsor David Rubenstein with a gift at the end of the festival, August 31, 2019. Photo by Shawn Miller/Library of Congress. Note: Privacy and publicity rights for individuals depicted may apply. Library of Congress Life

Billionaire businessman and philanthropist David Rubenstein grew up in Baltimore, the son of a postal worker. But he has been a fixture in Washington DC for decades. Rubenstein worked as a lawyer, as a presidential advisor, and, eventually, co-founded The Carlyle Group, one of the largest private equity firms in the world.

Recently, Rubenstein has dedicated his attention – and money – to preserving the history of the country he says allowed him to live the American dream. He has purchased copies of documents such as the Declaration of Independence and the Magna Carta, and put them on public display. He has also invested millions in restoring memorials and monuments seen as central to the founding of our democracy.

Rubenstein’s passion for American history also led him to the Library of Congress, where for the last six years he has been inviting U.S. lawmakers for dinners, featuring interviews with famous historians.

Rubenstein has compiled a selection of these interviews in a new book, “The American Story: Conversations with Master Historians.”