A Fitting End To A Divisive Year In Politics

A Fitting End To A Divisive Year In Politics 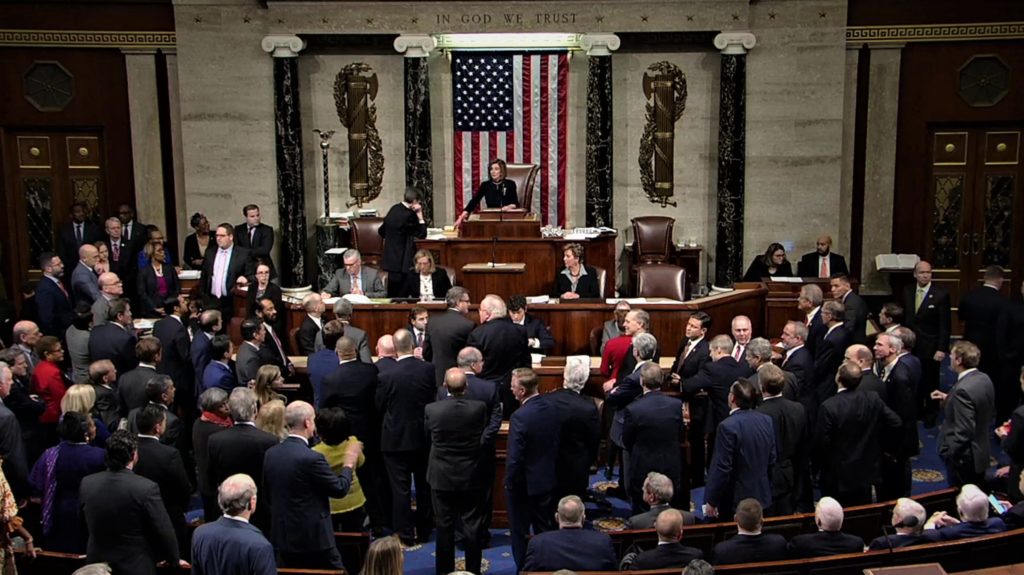 The House of Representatives has impeached a sitting president for only the third time since the founding of this country.

But, despite the historic nature of the moment, the partisan vote had been predicted for weeks. And, now, the consequences it may have for President Trump seem uncertain.

Democrats say they may delay passing the articles of impeachment along to the Senate until their demands for a “fair trial” are met. Meanwhile, public opinion about whether to remove the president remains roughly the same as before the impeachment inquiry began.

So, what are the possible outcomes? And what does it mean for the president’s future?

Susan Page of USA Today joined Diane to look back on quite a tumultuous year in Washington.