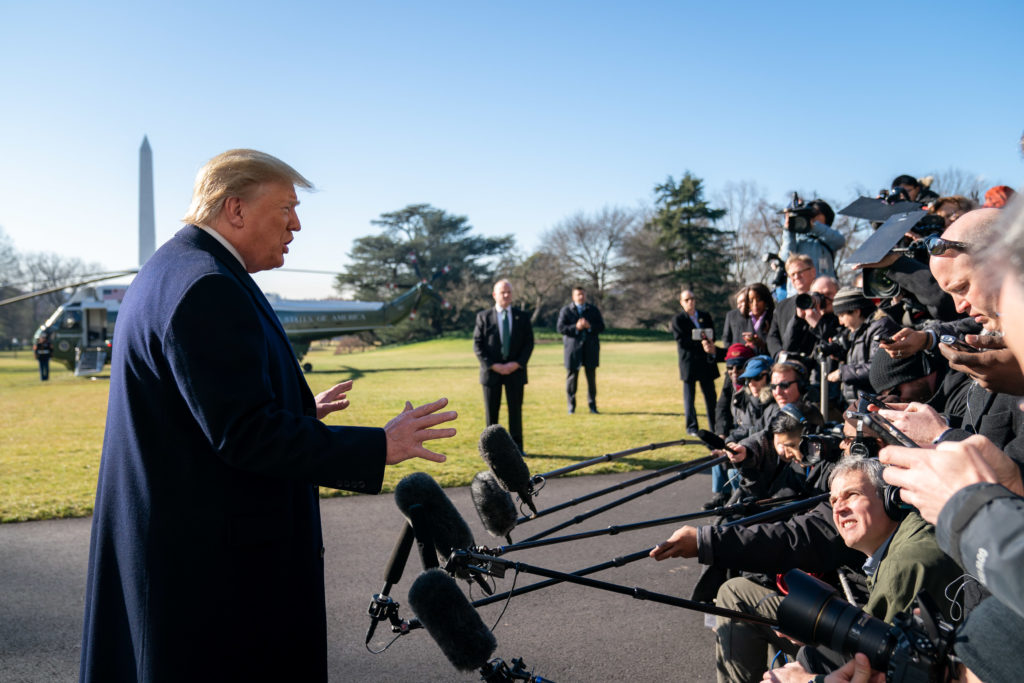 Pres. Donald Trump stops to talk with reporters outside the White House Sunday morning, prior to boarding Marine One to begin his trip to India. He was asked to comment about Russian interference in the upcoming election and whether he believes the Kremlin is supporting his reelection. Official White House Photo by Tia Dufour

In the 2016 election, the Russian government sowed chaos with cyberattacks, leaked emails and disinformation campaigns on social media.

U.S. intelligence determined the Kremlin’s aim was clear: to tip the scales toward Donald Trump.

Now the intelligence community has warned of similar efforts. But who Moscow is trying to help – and why – has become its own political fight. Which is maybe the point.

Diane is joined by Shane Harris, who covers intelligence and national security at the Washington Post.