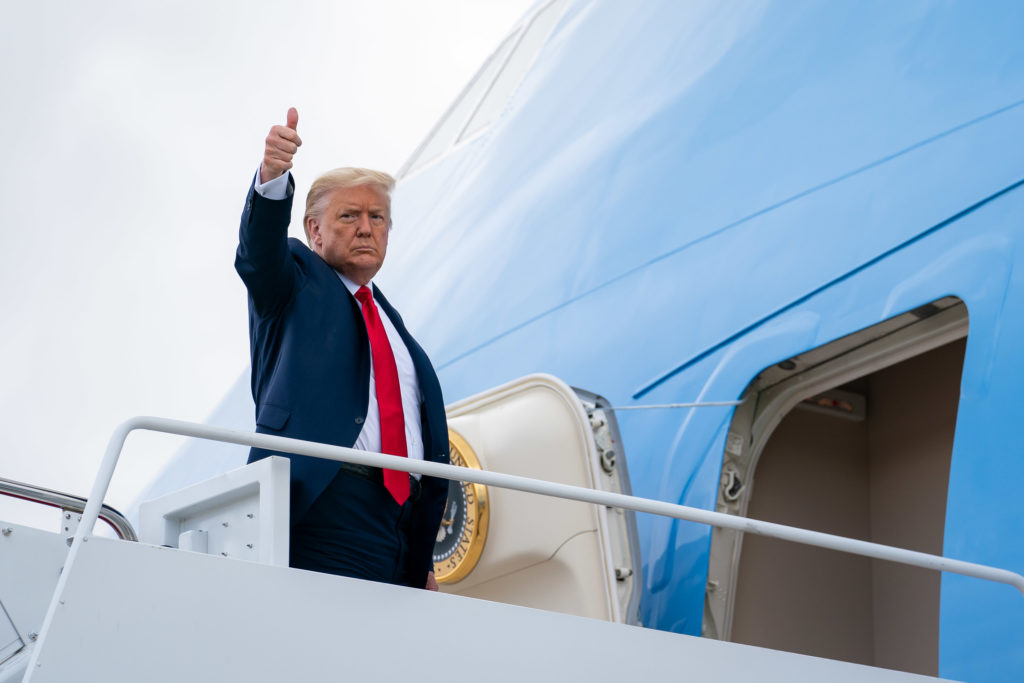 President Trump boards Air Force One at Joint Base Andrews, Md. Friday, July 10, en route to Miami. The day before, the Supreme Court ruled that the president could not prevent Congress and the Manhattan district attorney from obtaining financial documents in the course of investigations. Official White House Photo by Tia Dufour

This week the Supreme Court rejected President Trump’s claims of absolute immunity. In two major rulings, the court stated that both Congress and criminal prosecutors can seek a president’s tax returns and other financial information as part of their investigations.

But for those who hoped the justices might force the president to disclose his tax returns before the November election, the decisions didn’t go far enough.

David Corn is the Washington bureau chief for Mother Jones. He has been among those calling for the release of Trump’s taxes for the last four years. He joins Diane to talk about the Supreme Court’s decisions and what comes next in the cases.