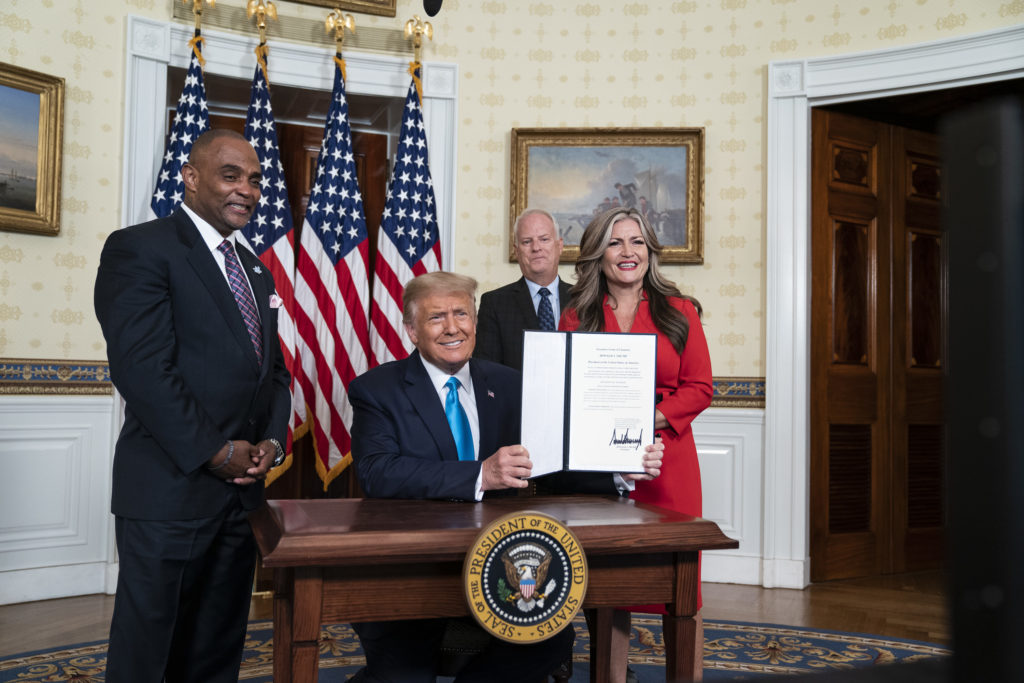 President Trump signs a pardon for ex-convict and Hope for Prisoners CEO Jon Ponder during the Republican national convention. It was one of several events that took place at the White House, raising concerns about violations of the Hatch Act, which prevents the mixing of government functions with partisan political activity. Official White House Photo by Joyce N. Boghosian

Last night marked the end of a Republican national convention that broke all the rules.

It was a stark contrast to the Democrats, who, last week, held their convention entirely remotely.

But, defying public health guidance, President Trump accepted the Republican nomination in front of a packed crowd on the south lawn of the White House Thursday night, with few face coverings in sight.

New York Times opinion columnist Frank Bruni says this spectacle mirrors the story of the Republican’s convention message, with speaker after speaker presenting a picture of America that doesn’t line up with reality.

Diane talks to Frank Bruni about just how effective the spectacle was, and what comes next in the 2020 race for president.