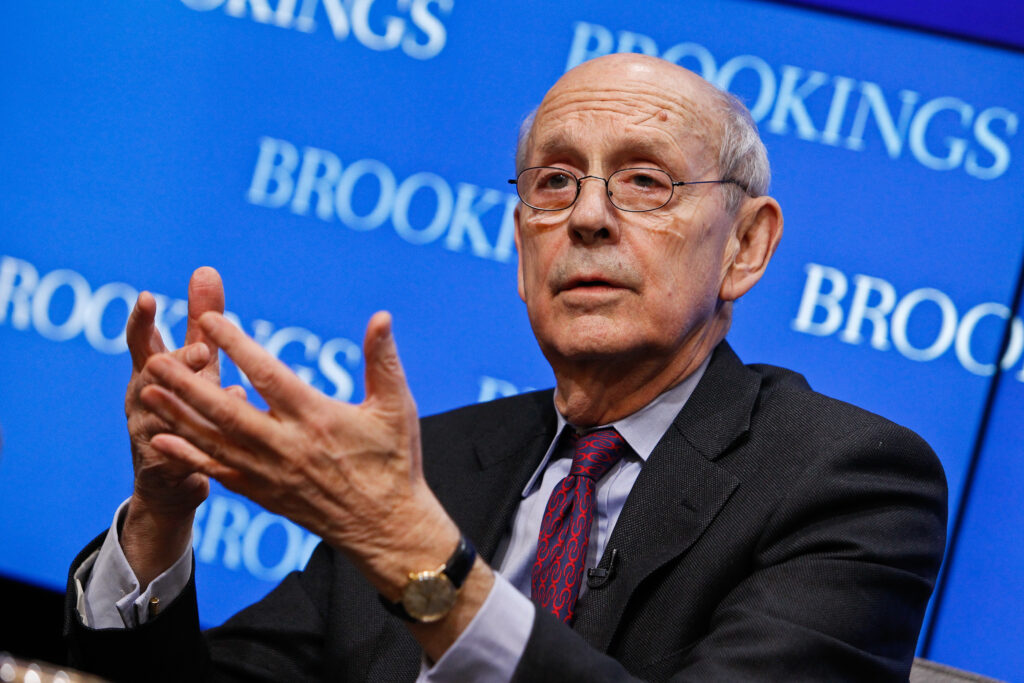 Justice Stephen Breyer has sat on the Supreme court's bench since 1994. Now he is facing pressure by some Democrats to retire. Paul Morigi

Ever since President Biden took office, calls for Supreme Court Justice Stephen Breyer’s retirement have spread among liberals — though he, himself, has remained silent on the topic.

A vacancy left by the 82 year-old would give the opportunity for a Democratic president to make an appointment – something that has not happened in more than a decade.

This comes at a moment when even Breyer, himself, has expressed concern that the nation’s highest court is losing the public’s confidence, mostly due to perceptions of hyper partisanship.

Back in 2010, Diane spoke with Justice Breyer about a book he had just written on these very topics. It was called, “Making Our Democracy Work: A Judge’s View.”