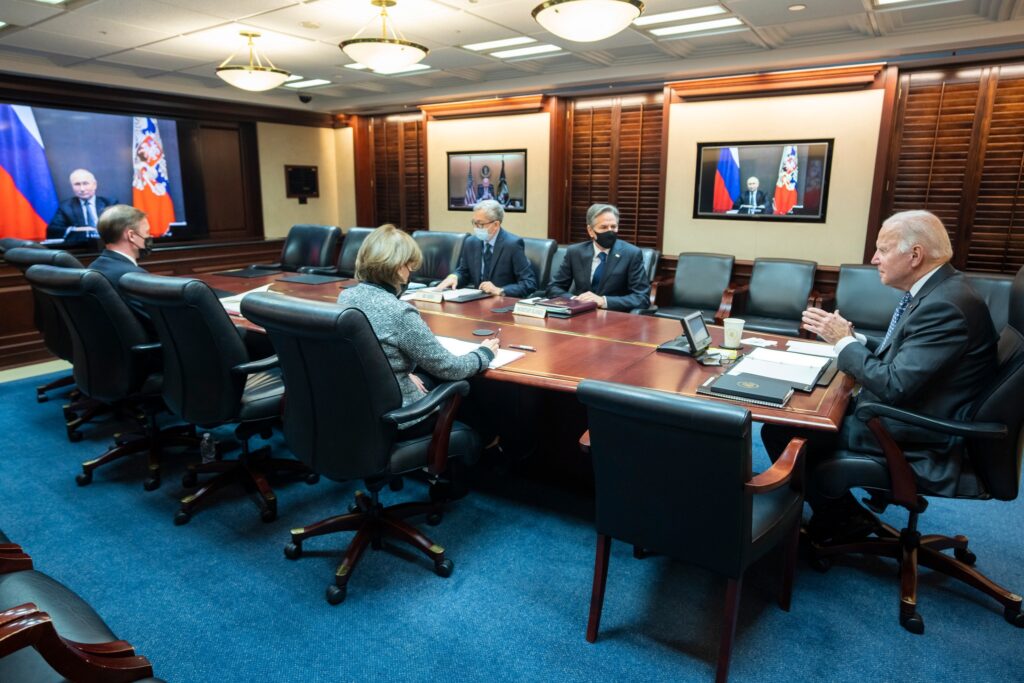 President Biden held a secure video call with President Putin of Russia Thursday. The discussion included concerns about Russian military activities on the border with Ukraine. The White House

Is Russia preparing to invade Ukraine? That question has taken on a new urgency as intelligence reports revealed a build up of thousands of troops along the Russia-Ukraine border.

Though Russian president Vladimir Putin denies imminent military action, the threat has led to a flurry of diplomatic activity.

On Tuesday, President Biden met with Putin in a two-hour video call. On Thursday, Biden spoke with Ukrainian president Volodymyr Zelensky, as well as NATO allies.

Ivo Daalder is the president of The Chicago Council on Global Affairs and served as U.S. ambassador to NATO from 2009 to 2013. Diane spoke with Daalder on Friday afternoon about why Ukraine is so important to Russia, what this means for European security, and what role the U.S. is playing to deescalate the situation.