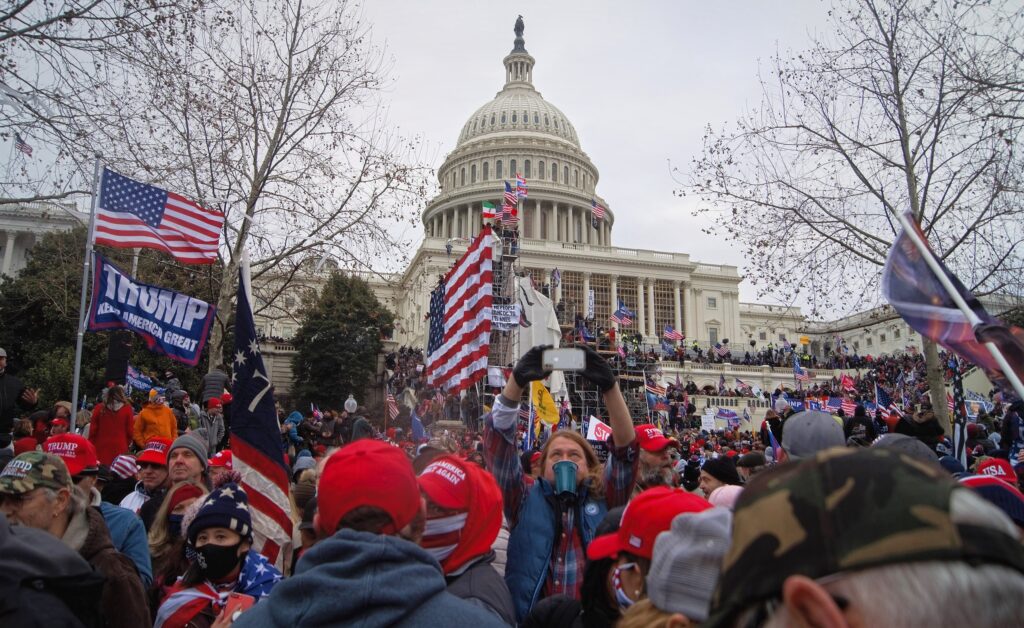 Rioters outside the U.S. Capitol on January 6, 2021. Tyler Merbler

President Biden marked the anniversary of the violent insurrection at the Capitol with a warning: attempts to undermine free and fair elections continue, and threaten the foundation of our democracy.

Diane’s guest, Norman Ornstein, has been preaching that same message for several years. An emeritus scholar at the American Enterprise Institute, Ornstein was one of the first to identify a shift toward a “politics of extremism” in this country. He says Democrats must take to heart the lessons of January 6, and act quickly to shore up democratic institutions.

Diane spoke to Ornstein on the morning of January 6, 2022 about what he sees as the next steps toward accountability for the violence at the Capitol — and how to secure the vote.