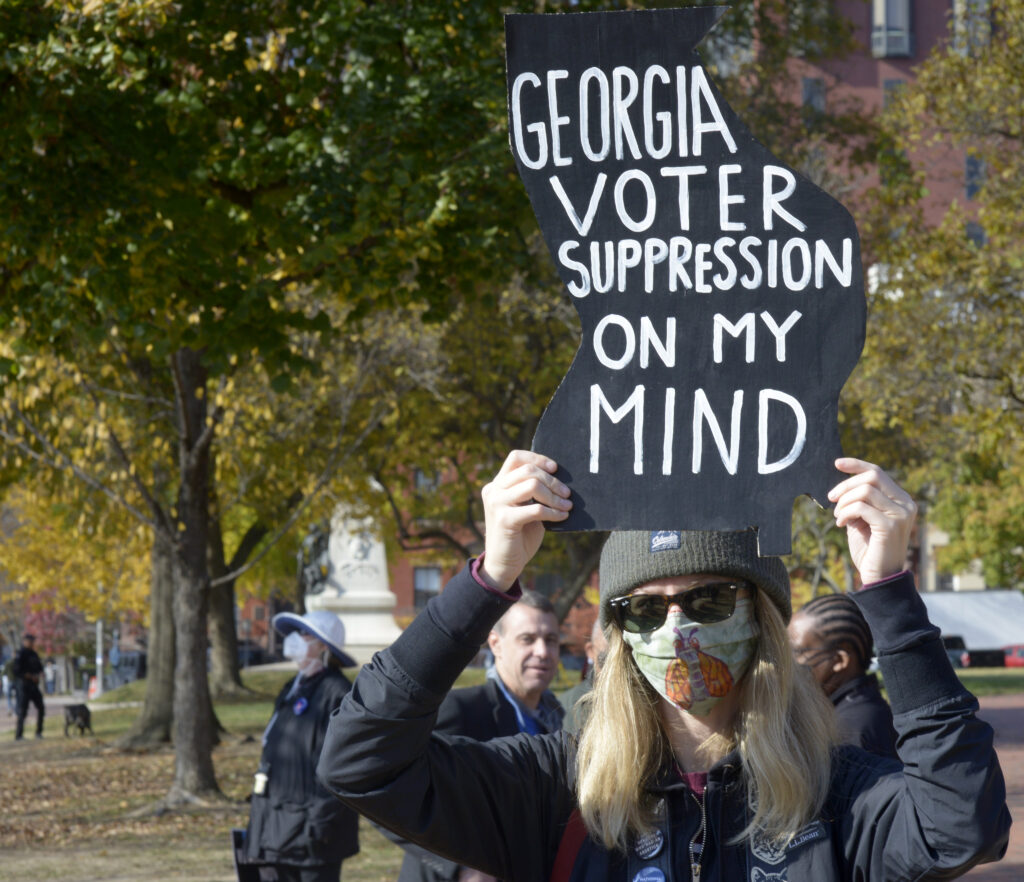 A protester stands in front of the White House in November, calling for Congress to vote on The Freedom To Vote Act and The John Lewis Voting Rights Advancement Act. Stephen Melkisethian

For the past year Democrats have pushed two major bills aimed at protecting voting rights in federal elections: the Freedom to Vote Act and the John Lewis Voting Rights Advancement Act.

Now the fight over the vote is taking center stage in Washington.

On Tuesday, President Biden gave a major speech endorsing the legislation, and called on Democrats to amend Senate filibuster rules in order to get around Republican opposition. On Thursday, House Democrats in repackaged the legislation into one bill and sent it back to the upper chamber, in a maneuver that would force the Senate to consider the measure.

But passage still rests on Democrats changing the filibuster, which now seems extremely unlikely, as Democratic Senators Kyrtsen Sinema and Joe Manchin on Thursday both declared their support of maintaining the status quo.

Richard Hasen is a professor of law and political science at the University of California, Irvine, and the author of “Election Meltdown: Dirty Tricks, Distrust and The Threat to American Democracy.” He joined Diane to discuss the bills currently stalled in Congress and what other options are on the table to counter attempts to undermine our country’s free and fair elections.