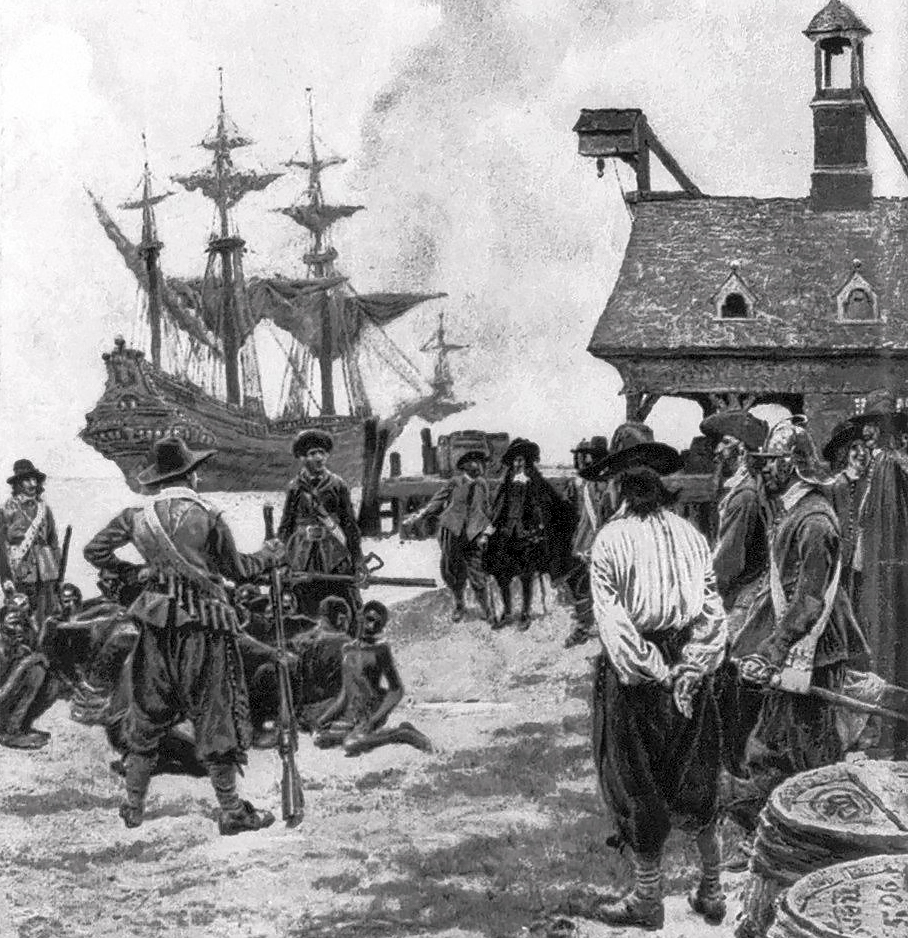 An illustration by Howard Pyle titled, "Landing Negroes at Jamestown from Dutch Man-of-War, 1619." It appeared in the January 1901 edition of Harper's Monthly Magazine.

In February Diane hosted a conversation about “The 1619 Project: A New Origin Story” as part of the Diane Rehm Book Club and Author Interview Series.

Created by Nikole Hannah-Jones and the New York Times Magazine, the book is an expansion of the award-winning magazine issue and podcast series. Filled with historical essays, works of journalism, poetry and fiction, the authors attempt to reframe our understanding of history, placing slavery and its legacy at the center of the American story.

It is an approach that has inspired praise — and backlash –from classrooms, to the presidential campaign trail, to statehouses throughout the country.

The book club meeting was held over Zoom on Wednesday, February 23. Diane was joined for the discussion by three contributors to the book: Martha S. Jones, history professor at Johns Hopkins University, Jamelle Bouie, columnist for the New York Times, and Jake Silverstein, editor-in-chief of the New York Times Magazine, who also edited the book.