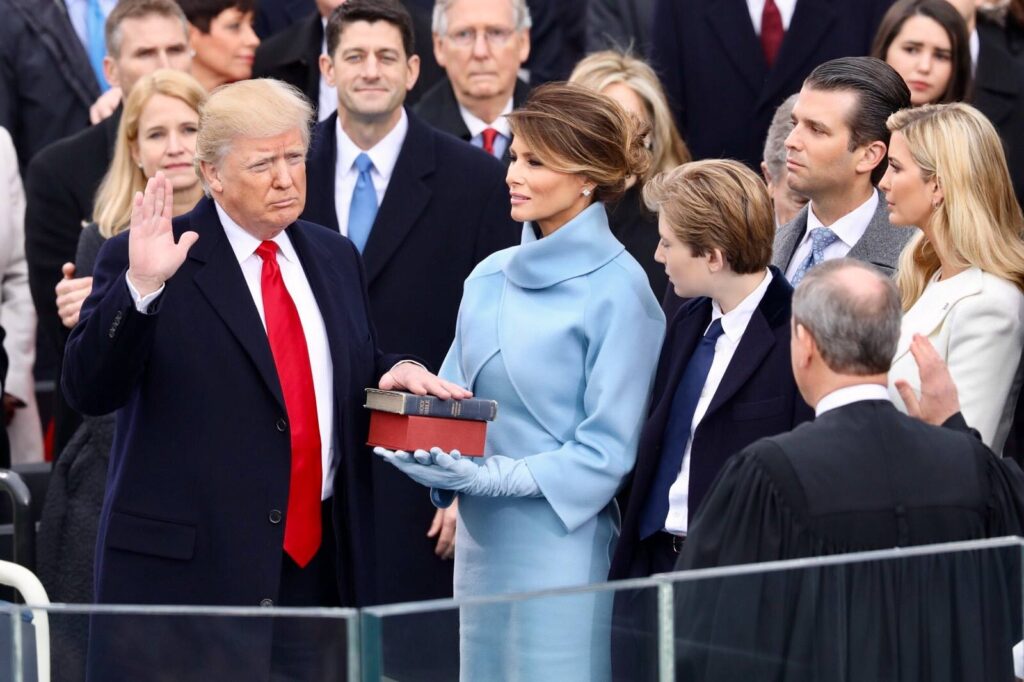 President Donald Trump being sworn in on January 20, 2017 at the U.S. Capitol building in Washington, D.C. The White House

Susan Glasser and Peter Baker are veteran political journalists who closely covered the presidency of Donald Trump, he as the New York Times chief White House correspondent, she as a staff writer for The New Yorker.

Even so, the husband-and-wife team felt there was more to know about what went on behind the scenes in a White House that was like nothing the country had ever experienced.

So they set out to write what they call a first crack at a comprehensive history of the era, based on exhaustive research and more than 300 interviews. The result is their new book, “The Divider.”

Glasser describes the book as a case study. “If the institutions of American democracy were being systematically challenged by Trump and those who surrounded him,” she says, “we have to understand how did that work, what held, what did not hold, what are the vulnerabilities in the system as identified by the enormous test of those four years.”