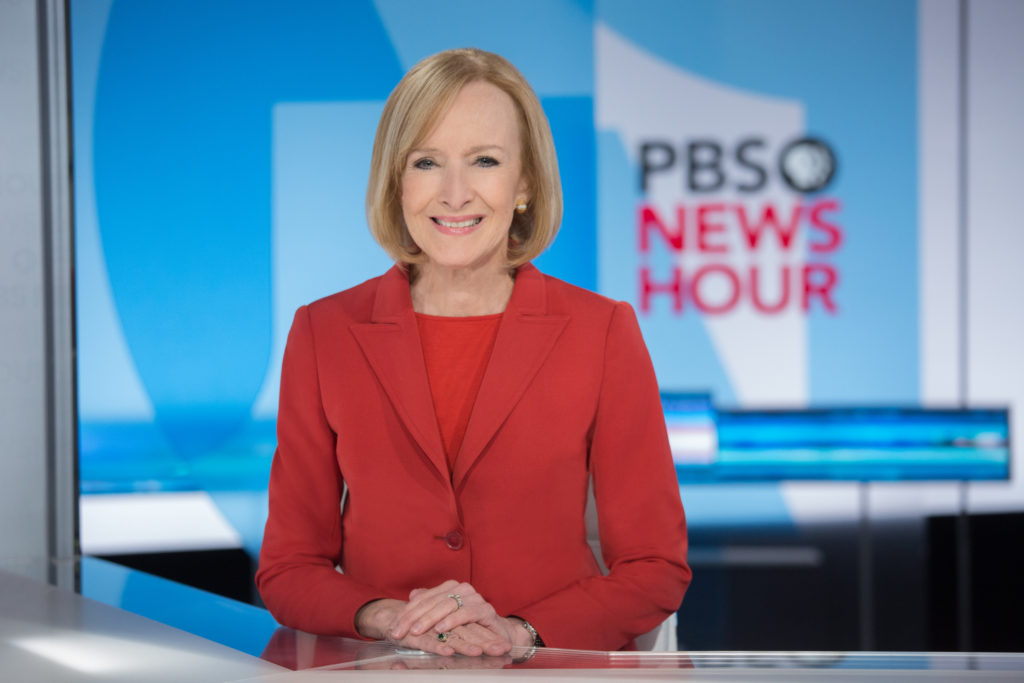 Judy Woodruff has anchored the NewsHour since 2013. Her last show in the anchor chair will be December 30. PBS NewsHour

Judy Woodruff will step down as anchor of the PBS NewsHour this week. Her last show will be December 30.

The veteran journalist first took on the role in 2013, co-hosting the program with Gwen Ifill. When Ifill died of cancer three years later, the network tried out several replacements, but eventually gave the reins to Woodruff to guide the show on her own.

In May 2018 Woodruff joined Diane on On My Mind. They talked about her start as a reporter, the changing role of journalism over her nearly 55-year career, and how a family tragedy taught her about empathy and overcoming adversity.