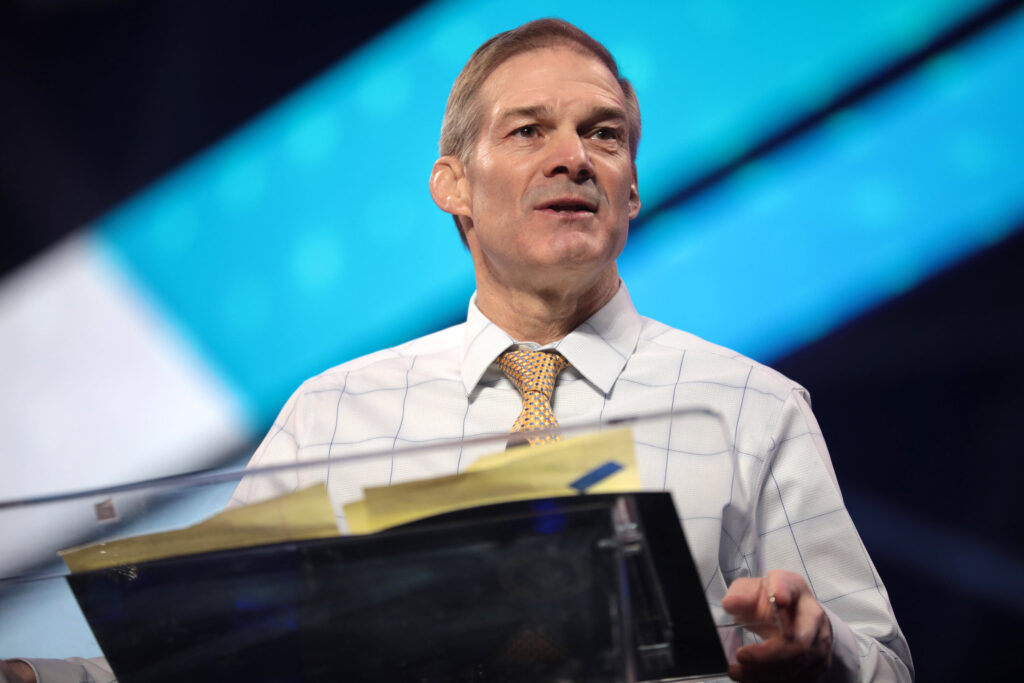 U.S. Congressman Jim Jordan speaking with attendees at the 2021 AmericaFest at the Phoenix Convention Center in Phoenix, Arizona. Jordan will act as chair of the Select Subcommittee on the Weaponization of the Federal Government. Gage Skidmore

House GOP members launched a new committee this week to investigate the “weaponization” of the U.S. government.

These lawmakers claim federal law enforcement and national security agencies have targeted and silenced conservatives. The committee headed by far-right congressman Jim Jordan has been granted vast authority to collect information in an attempt to prove it.

Some legal experts say this sets up the potential for a major clash between the legislative and executive branches of government, particularly when it comes to active investigations into Trump and the involvement of other lawmakers on January 6th.

Mary McCord is executive director at Georgetown Law Center’s Institute for Constitutional Advocacy and Protection. She is also a Department of Justice veteran, who rose to the role of Acting Assistant Attorney General for National Security in 2016. She joined Diane to explain the goals of the committee and why she thinks it could embolden far-right extremism.