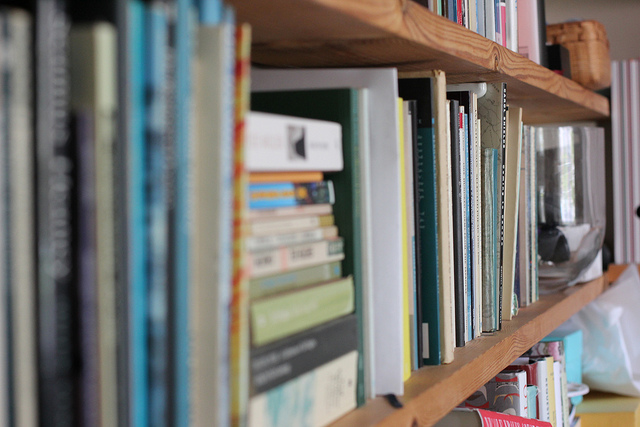 Here’s what’s on tap for August:

“Humans Need Not Apply: A Guide to Wealth and Work in the Age of Artificial Intelligence”

This book by Jerry Kaplan is part of our show on robots, artificial intelligence and the future of work. Someday, robots will be delivering your pizza, cleaning your house — or removing plaque from your arteries.

“I had no idea. I’d been a journalist for thirty years and written extensively about crime and punishment and society. But I’d always been on the outside looking in. I had no idea what it was like to be on the inside looking out – until my son, Mike, was declared mentally ill,” Pete Earley writes. He shares his story as we look at how to help those with mental illnesses get treatment —  not jail time.

“You’re too young; your hair is too long; you’re a girl … Go find yourself a husband.” You probably know Claire McCaskill as Missouri’s first female U.S. senator. But in this book, she opens up about confronting sexual harassment and sexism, from her time as a young prosecutor to her campaign on a national stage.

Al Roker: “The Storm of the Century”

On September 8, 1900, 200-mile-per-hour winds slammed into Galveston, Texas. When the storm had passed, the city was gone, making it the most devastating natural disaster in American history. NBC host and weatherman Al Roker tells the story.

From the beating of Rodney King in Los Angeles to the shooting of Michael Brown in Ferguson, Missouri, journalist Joe Domanick chronicles the history of racial profiling and the militarization of U.S. police departments.

The 100th Anniversary of Robert Frost’s Poem, “The Road Not Taken”
Chances are you know this line by memory: “Two roads diverged in a wood, and I— I took the one less traveled by, and that has made all the difference.” But there’s a long debate over what those words actually mean. We dive into Robert Frost’s most famous poem with New York Times‘ poetry writer David Orr, poet and author Jay Parini, and professor of literature Robert Faggen.

Whether you love it, hate it, or refuse to read it, chances are you’re talking about the much-anticipated new book from Harper Lee, whose new release is the first since her 1962 Pulitzer Prize-winning “To Kill A Mockingbird.” We dive in for August’s Readers Review.