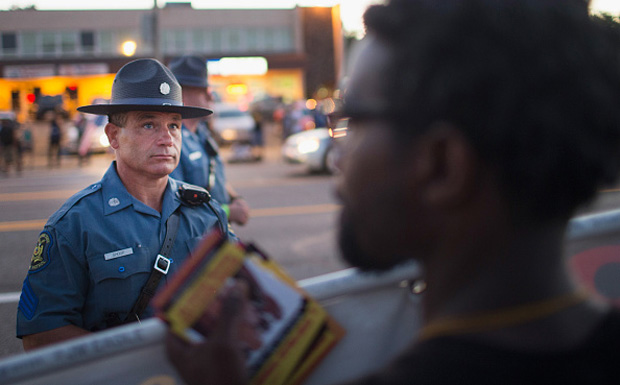 A demonstrator, marking the one-year anniversary of the shooting of Michael Brown, confronts police Aug. 10 during a protest along West Florrisant Street in Ferguson, Missouri. Scott Olson/Getty Images

It was just over a year ago that a white police officer in Ferguson, Missouri, fatally shot Michael Brown. His death and those of other African Americans at the hands of law enforcement put policing practices back in the national spotlight. Investigative journalist Joe Domanick says American policing is in a state of crisis. In a new book, he focuses on the Los Angeles Police Department, beginning with the beating of Rodney King and the lack of police accountability that helped spark the L.A. riots. Domanick tells us how police departments across the country can learn from transformative changes made in L.A.

Excerpted from Blue: The LAPD and the Battles to Redeem American Policing by Joe Domanick. Copyright © 2015 by Joe Domanick. Reprinted by permission of Simon & Schuster, Inc. All Rights Reserved