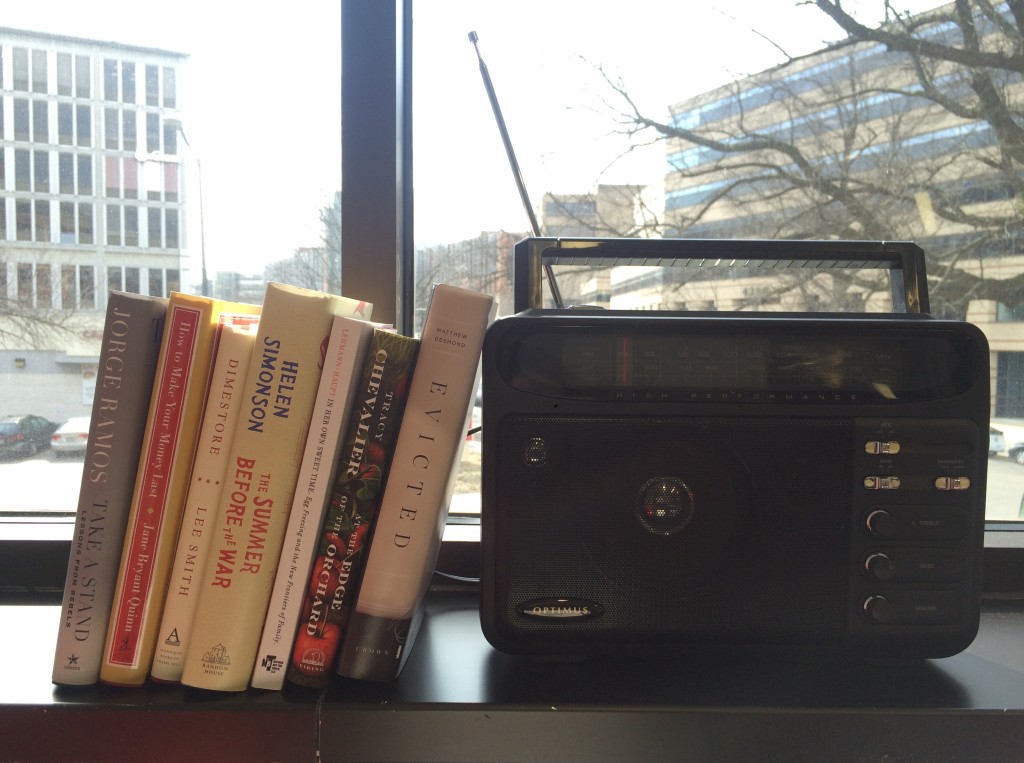 A selection of the books we'll be talking about in March. The Diane Rehm Show

Here’s what’s on tap for March:

A Harvard sociologist and MacArthur “genius” grantee profiles eight poor families whose lives are transformed after they are evicted from their homes, explaining how eviction has increased dramatically in recent decades, particularly for women with children.

Jane Bryant Quinn: “How To Make Your Money Last”

A longtime personal finance commentator explains how to stretch your retirement savings, including advice on sound investment strategies when interest rates are low and how to put together a budget that matches spending to future income estimates.

Tracy Chevalier: “At The Edge Of The Orchard”

A new novel from the bestselling author of “Girl with a Pearl Earring” is the story of 19th century frontier family bitterly divided by warring parents,  as well as a son who runs away and the real-life Johnny Appleseed.

After three decades spent covering the news, the Emmy Award-winning journalist and author opens up about his career and his philosophy on success, which he says boils down to a willingness to rebel in the face of the status quo.

Southern novelist Lee Smith has been on the show to discuss her books “Sitting on the Courthouse Bench” and “The Last Girls.” Her new memoir covers growing up in a small Virginia coal mining town and becoming a writer.

Helen Simonson: “The Summer Before The War”

The author of the bestselling novel “Major Pettigrew’s Last Stand” is back with a new work of fiction that begins in late summer 1914, where life in a sleepy English town is about to change.

Rachel Lehmann-Haupt: “In Her Own Sweet Time”

In 2009, the writer and editor released this book’s first edition, about the 21st century’s emerging options for motherhood like egg-freezing and instant families, as she considered her own life. Then, six years later, she added new research to the book. She’ll join our panel on the growing popularity of egg-freezing.

In his new book, legal scholar and frequent guest of the show David Cole says citizen activists are the true drivers of constitutional change.