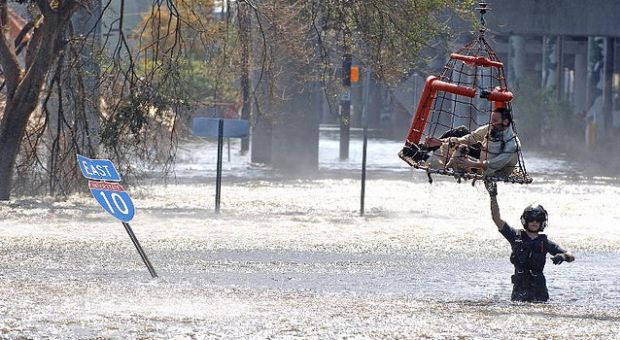 A man is rescued by a military helicopter, near the I-10 Freeway, a week after hurricane Katrina, in New Orleans, Louisiana, on September 7, 2005 Flickr user Ammar Abd Rabbo

Alaska’s GOP Senate primary race remains too close to call. New concerns about the strength of the economic recovery. And New Orleans five years after Katrina. A panel of journalists joins Diane for analysis of the week’s top national news stories.

The panelists discuss Fox Television host Glenn Beck’s planned “Restoring Honor” rally to take place on the National Mall in Washington D.C. August 28, the same day of the anniversary of Civil Rights leader Martin Luther King Jr.’s “I Have a Dream” speech. Beck has made controversial comments comparing the conservative movement to the civil rights movement: