The Constitution Today – Separation of Powers

The Constitution Today – Separation of Powers 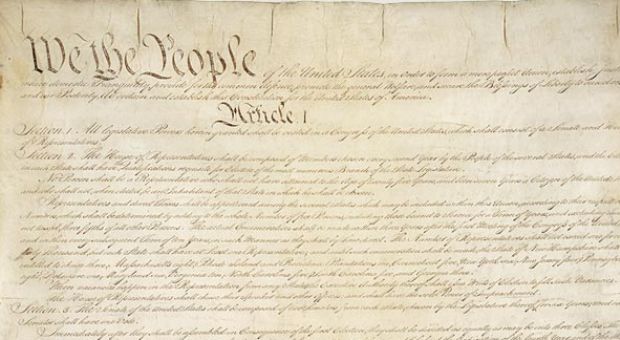 Preamble to the United States Constitution The National Archives

A year after declaring independence from Britain in 1776, representatives of the 13 states met to draft a constitution. They came up with the Articles of Confederation, but some felt this document lacked the necessary provisions for an effective government. Ten years later, delegates met again to make revisions. They drafted an entirely new constitution instead. Federal power was split between legislative, executive and judicial branches of government. A system of checks and balances was incorporated. In the first of “The Constitution Today” series, we focus on the separation of powers.