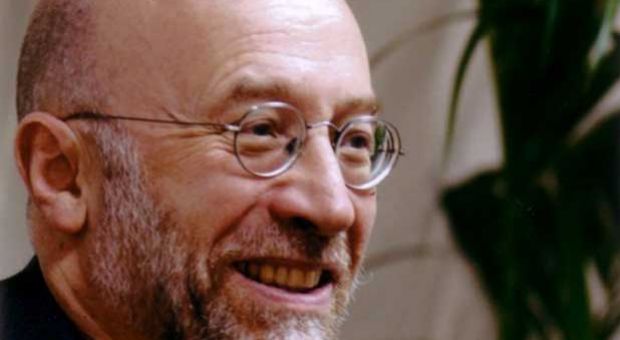 In some circles, an “intellectual” is someone to be mocked. But Tony Judt was determined to show that ideas matter in society. As a historian, he analyzed the clash of ideologies in the 20th century. As a public figure, he thrived in argument. One colleague said Tony Judt “enjoyed the acrobatics of intellectualism as others enjoy baseball.” In 2008, Judt was diagnosed with Lou Gehrig’s disease. Soon, he lost the ability to write, but he could still think and talk. His final book emerged from a series of conversations with a friend and fellow historian. They reflected on the 20th century, on Europe and America, on communism, fascism, zionism and capitalism. They finished their project just a few weeks before Judt died. Historian Timothy Snyder describes his collaboration with Tony Judt.

In 2008, historian Tony Judt was planning to write a book about the intellectual history of the 20th century after he was diagnosed with ALS and lost the use of his hands and arms. His friend and fellow historian, Timothy Snyder, offered to help. They met every week for six months and recorded their conversations. Just a few weeks before his death at age 62, the editing, introduction, and conclusion of Tony Judt’s book in collaboration with Timothy Snyder was finished. The book has just been published under the title, “Thinking the Twentieth Century.”

Who Was Tony Judt?

Judt was “that very rare thing, an independent intellectual,” Snyder said. “After he became well known as a historian, he began to pronounce on issues of foreign policy, on the United States’ national interest, on world affairs generally, in a way which was generally against, rather than with the current, and very often he was right. So he was also, to use an old-fashioned word, he was a self-made man. He was a working-class kid, a working-class Jewish kid from south London, scholarship boy at Cambridge in the U.K.,” Snyder said.

After his diagnosis with ALS, Judt continued to work. “As his physical condition deteriorated, we continued to talk, and the work actually got better and better as time went on,” Snyder said. People with ALS lose control of their muscles, but they’re not paralyzed in the sense that they still retain sensation. Snyder said the loss of control ALS patients feel as a result of these symptoms is terrifying but that Judt reacted to it by not being humiliated. “He reacted to it with humility which I think is in a way the opposite. He took it as, strange as this may sound, a kind of opportunity to work in a different way,” Snyder said.

What The Title Means

“It’s a very French way actually of looking at things, that you can think a century, you can think a revolution,” Snyder said. “The idea is that you’re working your way through something, that the history doesn’t really ever come to an end. That history is something that you continue to process, you continue to think. And by thinking your way through it, by thinking the twentieth century for example, you might come to a sense of what was actually happening. And with that sense of reality you might then have some attraction on what’s going on today,” Snyder said.

Knowledge Of Your Own Death

Gjelten asked how knowing he was going to die changed Judt and changed the book. “Tony thought that in general we are quite certain about our own eventual death but we don’t know what’s going to happen to us in the next six months or the next year. His position was reversed but he was quite certain he was going to die very soon and that therefore he had no control over the other things that might be happening. It did change him. He faced a choice. He was thinking about not working anymore at all. And then he decided that, in fact, he was going to work and concentrate in the way we worked together and also in the way that he worked by himself,” Snyder said. “His wife Jennifer Homans has an article in a coming New York Review of Books where she describes Tony as thinking about the afterlife, not in a spiritual sense but in the sense that in writing you help to create the world that is going to be here on this earth after you are gone, that that’s a perspective you can adopt when you know that you’re going to die soon,” he said.