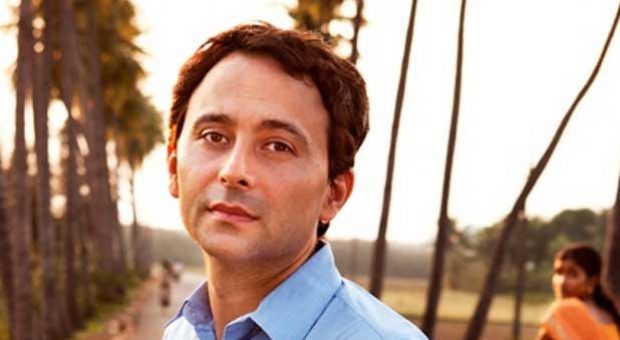 As one of the world’s most rapidly growing economies, India has been hailed as a model for developing countries. But with progress comes destruction and disruption. Despite the booming economy in urban areas, millions of Indians still live in poverty, an estimated seventy percent of the country’s surface water is polluted, and crime is on the increase. Many of those working for India’s high tech companies are embracing consumerism. As companies like Starbucks and Amazon enter the Indian marketplace, some fear the country is losing its identity and becoming too Americanized. Akash Kapur was raised in India but educated in the U.S. from the age of 16. The son of an Indian father and American mother, Kapur moved back to his birth country permanently in 2003, as its economy was growing. He has written about the incredible change economic growth has brought to India and also some of the less desirable consequences. Kapur describes modern India and the price of economic growth.

In his new book “India Becoming,” Akash Kapur describes the transformation of the country of his birth. Born to an Indian father and an American mother, Kapur grew up in both countries. He’s studied and worked in the U.S. before deciding to settle back in India, but he writes “I was coming home, but in many ways, it was to a home I didn’t recognize anymore.”

After living in the U.S. for about 12 years, Akash Kapur decided to move back to his native India because it “was just a country that felt so full of opportunities. It felt so exiting. “It felt like the Wild West, like a place where a young man kind of went to chase his fortunes,” he said. Kapur moved back to India in the winter of 2003, and found a country that was very different than the one he grew up in.

Kapur feels that over the past 15 or 20 years, America and India have become much closer. When he was growing up, the two countries “really felt kind of on opposite sides of the world in every way,” he said. Now there’s much more of a reconciliation, he said, and he feels more comfortable traveling back and forth. The end of the Cold War had a lot to do with the thawing of relations between the U.S. and India, and Kapur also believes that the IT industries that outsourced to India have also built stronger ties between the nations.

Women in India who are interested in building careers often struggle, Kapur said, with the fact that they don’t have many role models because all of their own mothers were stay-at-home mothers. “They’re the first women in their families to get educations, to go out and try to get careers,” he said. Kapur’s own mother, an American from Minnesota, moved to India in the late 1960s or early 1970s and had a difficult time keeping in touch with her family in the U.S. because of how cut-off India felt from the U.S., he said. Phone calls had to be scheduled in advance, and even then, the connection often wouldn’t go through.

Kapur said the Caste System is still very much alive and well in India. There’s still caste oppression and caste discrimination in India. The so-called “untouchables,” or “Dalits,” are excluded from the social system and denied a lot of benefits by society. Some of the Dalits that Kapur writes about are examples of a “sort of gradual breakdown” of the caste system and have been able to find jobs, make money, and live in new houses. “They’ve pushed and fought for social rights that they have now that they didn’t have when they were kids. So Some of their stories are quite moving,” he said.