Washington Dysfunction And The U.S. Constitution

Washington Dysfunction And The U.S. Constitution 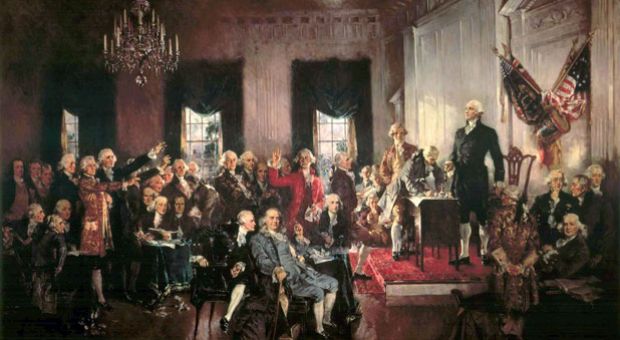 Scene at the Signing of the Constitution of the United States, by Howard Chandler Christy

In today’s fractured nation, there’s one thing Americans seem to agree on: government is not working. Last month a Gallup poll showed Americans’ approval of the way Congress is handling its job dropped to a record low of 9 percent. And the president’s approval rating dipped below 40 percent. Political analysts on the left and the right are trying to figure out what’s going on. More than a few are asking whether the U.S. Constitution should share the blame. As one analyst put it, the Constitution “guarantees gridlock” and is “virtually impossible to change.” Diane and her guests discuss dysfunction in Washington and the Constitution.