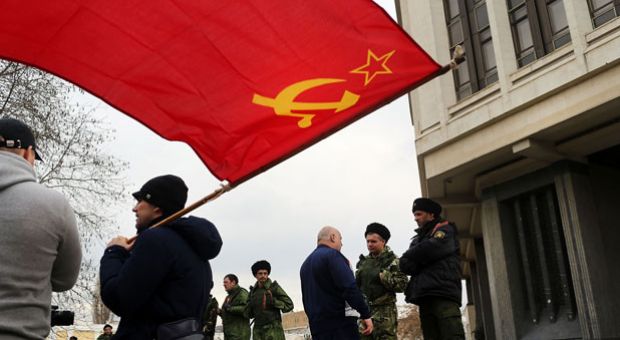 A man holds a Soviet-era flag as dozens of Russian Cossacks surround the parliament building in a show of support for Russia on March 6, 2014 in Simferopol, Ukraine. Dozens of Russian Cossacks surrounded the building in a show of support for Russia. As the standoff between the Russian military and Ukrainian forces continues in Ukraine's Crimean peninsula, world leaders are pushing for a diplomatic solution to the escalating situation. Crimean citizens will vote in a referendum on 16 March on whether to become part of the Russian federation. (Photo by Spencer Platt/Getty Images)