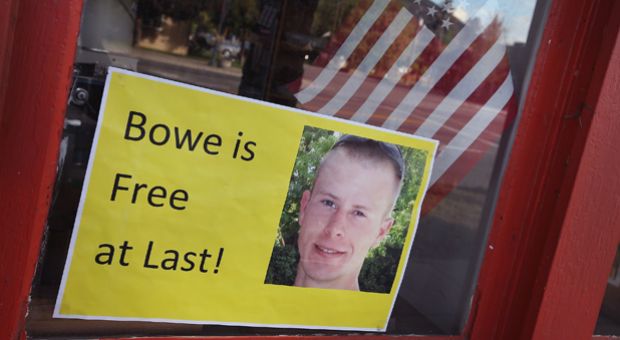 A sign announcing the release of Sgt. Bowe Bergdahl sits in the window of the Hailey Paint and Supply store on Main Street June 1, 2014 in Hailey, Idaho. Scott Olson/Getty Images

In exchange for the release of Army Sgt. Bowe Bergdahl, the U.S. agreed to free five Taliban commanders from detention at Guantanamo. Bergdahl was the last U.S. soldier in captivity and was held by the Taliban for nearly five years. The White House touted the deal as proof of its commitment to bring every soldier home. But critics say the exchange may encourage hostage-taking by terrorists, while others say the administration might have broken the law by failing to notify Congress it was releasing detainees. And some of the soldiers who served with Bergdahl now say he deserted the platoon. Diane and guests discuss questions about Bowe Bergdahl’s capture and the terms of his release.