The 70th Anniversary of D-Day

The 70th Anniversary of D-Day 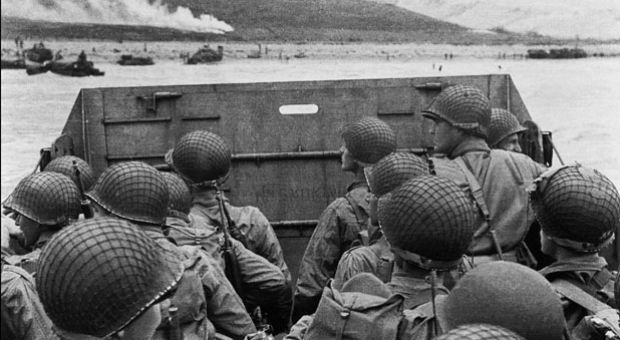 US troops prepare to storm the shore of Normandy on June 6, 1944 STF/AFP/Getty Images

This week marks the seventieth anniversary of D-Day. On June 6, 1944, more than 150,000 Allied forces took part in one of the biggest invasions in history. The effort to liberate France from the Germans was the bloodiest day in American military history since the Civil War. Nearly 2,500 Americans lost their lives. World leaders, including President Obama, are in Normandy this week to commemorate the anniversary. Diane and a panel of guests about the significance of D-Day and why it still resonates today.

President Franklin Roosevelt addressed the nation with a prayer after the invasion of Normandy, France, on June 6, 1944.

This color film, hosted on the BBC , offers a retrospective at the D-Day attack.

Excerpted from “The Dead and Those About to Die: D-Day: The Big Red One at Omaha Beach” by John McManus. © 2014. NAL/Penguin Random House.All Rights Reserved.

The Dead and Those About to Die