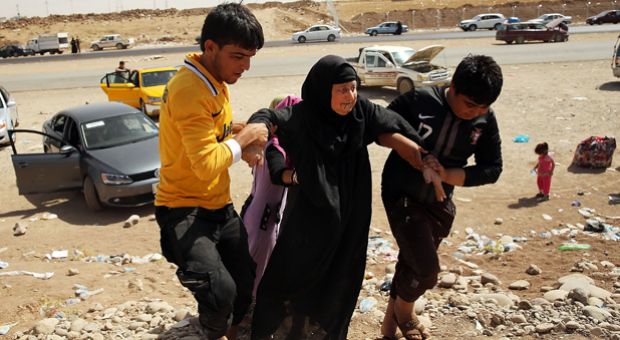 An elderly Iraqi woman is helped into a temporary displacement camp for Iraqis on June 26, 2014 in Khazair, Iraq. Tens of thousands of people have fled Iraq's second largest city of Mosul after it was overrun by ISIS (Islamic State of Iraq and Syria) militants. Spencer Platt/Getty Images