The Latest On The Crisis In Gaza

The Latest On The Crisis In Gaza 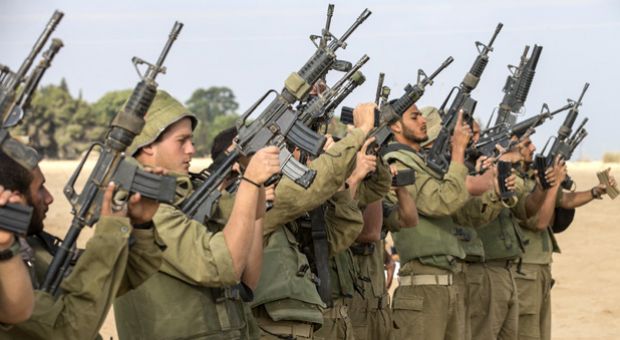 Israeli soldiers check their weapons at an army deployment area, on the southern Israeli border with the Gaza Strip, on August 1, 2014, after the proposed three-day truce collapsed amid a deadly new wave of bloodshed and the apparent capture of an Israeli soldier by Hamas. JACK GUEZ/AFP/Getty Images

Israel announced a seven-hour ceasefire today in parts of Gaza to facilitate humanitarian aid and to allow thousands of displaced Palestinians to return home. But Palestinians accused Israel of breaking the truce by launching a bomb attack on a refugee camp in Gaza city. The blast killed an 8-year-old girl and wounded 29 others. Yesterday, an Israeli missile struck near the entrance of a United Nations school shelter in Rafah where the military says it was targeting members of Hamas. The growing civilian death toll in the nearly-month-old conflict has stirred growing international outrage and calls for an end to the fighting. Diane and her guests discuss the latest on the crisis and why keeping a ceasefire in Gaza is so hard.