The U.S. Military And The Battle Against Islamic State Fighters In Iraq

The U.S. Military And The Battle Against Islamic State Fighters In Iraq 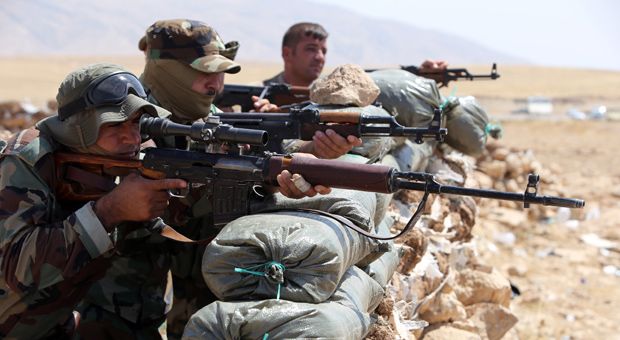 Yesterday Iraqi and Kurdish forces, with help from U.S. jets, drones and bombers, recaptured a strategically important dam in northern Iraq from ISIS militants. President Barack Obama praised the effort and said the two-day ground offensive demonstrates the cooperation possible between Kurdish and Iraqi forces. The territorial ambitions of ISIS are far reaching and represent, many believe, a dire threat to security in the region and the U.S. Please join us to discuss the fight against ISIS, the future of Iraq, and role of the U.S.